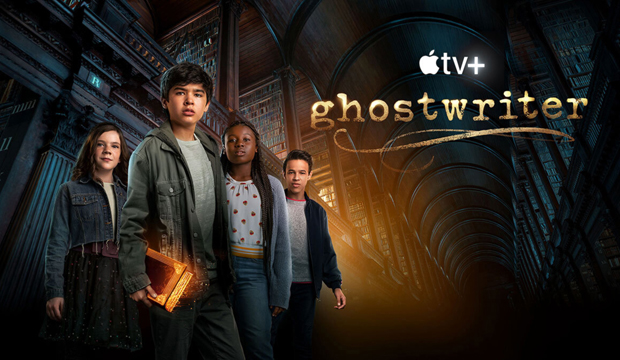 Courtesy of Apple TV Plus

AppleTV+ has only been airing original programming for less than nine months, but it continues to prove that it’s a hefty new player for Hollywood awards. Out of the streaming service’s four original kids’ shows, two of them just triumphed impressively at the Daytime Emmys.

“Ghostwriter” (the most nominated program aside from the major soap operas) won Best Children’s or Family Viewing Programming and “Peanuts in Space: Secrets of Apollo 10” claimed the trophy for Outstanding Single Camera Editing. Apple TV+ just made history as the first streaming service to win a Daytime Emmy in its first year of eligible kids’ programming.

Produced by Sesame Workshop, “Ghostwriter” re-imagines the classic PBS series (1992-1995) as a way to help kids build communication and writing skills. The Apple TV+ update has also earned a Parents’ Choice Gold Medal Award plus recognition from Common Sense Media, which calls the series “a great pick for grade schoolers and their parents.” Oscar winner and DGA nominee Luke Matheny is the series’ writer and director.

Due to an accounting error made by the TV academies, “Ghostwriter” wasn’t originally listed among this top category’s nominees, but the mistake was caught and Apple TV+ only learned of this major Daytime Emmy nomination a few weeks ago.

“Peanuts in Space: Secrets of Apollo 10” celebrates the 50th anniversary of the U.S. moon landing by exploring the mystery: Was Snoopy a top-secret astronaut? Stars include Jeff Goldblum and Ron Howard.

“We could not be more thrilled and proud to have our children’s programs honored by the Daytime Emmy Awards,” says Tara Sorensen, head of children’s programming. “These awards are a true testament to the hard work, creative vision and undeniable talents of everyone involved, and tremendous fan response from kids and families around the world.  Special thanks to our incredible partners at Sesame Workshop, Sinking Ship and Peanuts for helping us make this historic moment possible.”

Tomorrow the Primetime Emmy nominations will be unveiled and award-watchers wonder: How will Apple TV+ programs fare?