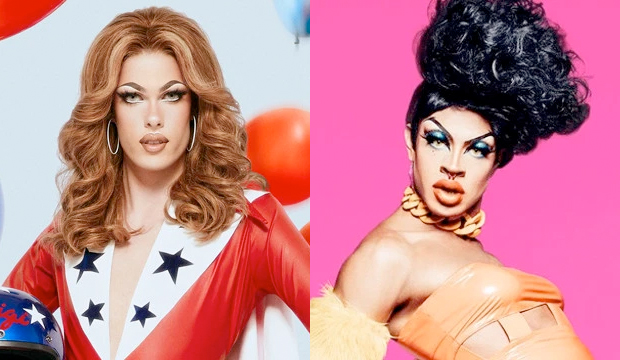 If you’re looking for a front-runner to win “RuPaul’s Drag Race” Season 12, look no further than Gigi Goode. After seven episodes, this 22-year-old queen from Los Angeles already has three challenge victories under her belt, which is more than the overall two wins for last year’s champion Yvie Oddly. Sure, there are still many weeks to go and any of the other eligible contestants (Crystal Methyd, Heidi N Closet, Jackie Cox, Jaida Essence Hall, Jan and Widow Von’Du) can still pull out a win, but Gigi is off to a “goode” start, wouldn’t you agree?

Gigi’s three victories so far have come for “The Ball Ball” (sports looks challenge) in Episode 4, “Snatch Game” (celebrity impersonation challenge) in Episode 6 and “Madonna: The Unauthorized Rusical” (musical challenge) Episode 7. The only queen to come close to Gigi’s successful record has been Sherry Pie, who’s claimed two challenges as of this writing. However, Sherry was disqualified from winning the season because of her off-camera behavior.

In Season 11, Yvie Oddly came out strong by winning “Good God Girl, Get Out” (drag film challenge) in the second episode — well, technically she tied with Scarlet Envy. Yvie then earned high marks in the next five consecutive episodes, before appearing in the bottom or safe for the next five. It wasn’t until the finale when Yvie won her second challenge, which just happened to be the most important of the season as it determined who was crowned the winner. The runner-up last year was Brooke Lynn Hytes, who actually took the most challenge wins — three — throughout the season.

Based on Gold Derby predictions, Gigi Goode currently has leading 12/5 odds to win Season 12, with her closest competitors being Jackie Cox (18/5 odds), Jaida Essence Hall (19/5 odds) and Jan (19/2 odds). Do you agree that Gigi will be the one to join the “Drag Race” Hall of Fame at the end of this 2020 edition?