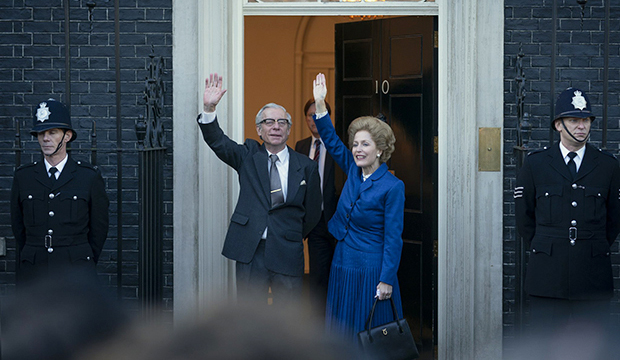 Hundreds of Gold Derby users have already made their TV predictions for the 2021 Golden Globes, and Gillian Anderson (“The Crown”) is emerging as the early front-runner for Best Supporting Actress. Remember, this is a catch-all category that includes contenders from dramas, comedies, limited series and TV movies, so it’s often considered one of the hardest to crack into of any awards shows. Can Anderson win her second career Golden Globe after first prevailing 23 years ago as a lead actress for “The X-Files” (1997)?

SEEScully who? Gillian Anderson transforms into Margaret Thatcher in new ‘The Crown’ photos

Anderson will make her grand debut on “The Crown” when Season 4 drops November 15 on Netflix. She takes on the role of UK Prime Minister Margaret Thatcher, an antagonistic character to Queen Elizabeth II (Olivia Colman) who’ll drive much of the drama in the new season. See first-look photos of Anderson in Thatcher’s iconic brown wig.

During her original run on “The X-Files,” Anderson was nominated four times at the Golden Globes for playing FBI Agent Dana Scully, winning in 1997. She most recently received a citation for “Bleak House” in 2007, losing to Helen Mirren for “Elizabeth I.”

The 10 new episodes of “The Crown” will take place between 1979 to 1990, the exact date range Thatcher served as the country’s first female PM. Written and produced by showrunner Peter Morgan, the fourth season is set to tackle the “divisive policies” introduced by Thatcher and the “tensions” that soon arise with the Queen.