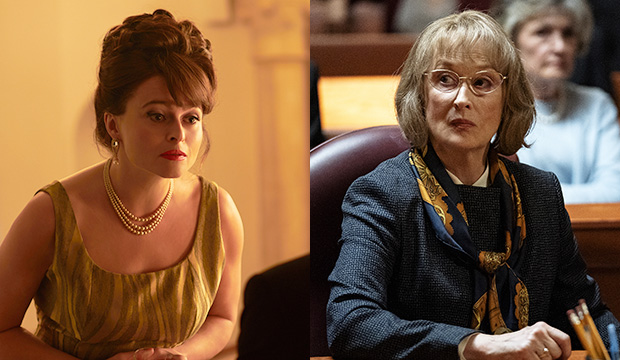 Meryl Streep is the queen of the Golden Globes, but she might usurped by a princess. In a last-minute surge, “The Crown” star Helena Bonham Carter has overtaken Streep in our odds to claim the Best TV Supporting Actress award.

With nine Experts and 10 Editors backing her, Bonham Carter now holds a 7/2 edge over Streep’s 71/20. The eight-time champ, who’s seeking her ninth win and first in this category with “Big Little Lies,” is the top pick of eight Experts and one Editor. Streep has more of our top 24 users on her side, with 13 to eight for Bonham Carter.

Many of us had all the awards engraved with Streep’s name after her “Big Little Lies” casting was announced two years ago, but perhaps she’s not as undeniable as she might seem. After all, though she’s a perennial nominee — this is her record-extending 32nd nomination — she hasn’t won a Globe since her own record-extending eighth win eight years ago for “The Iron Lady” (2011). Plus, the second season of “Big Little Lies” was nowhere as, uh, big or acclaimed as the first was.

To be fair, “The Crown” isn’t riding a ton of inescapable buzz either, but it’s also not the type of show that would. It got great notices for its third season and the brand new cast, including Bonham Carter succeeding Vanessa Kirby as Princess Margaret. The actress also delivers in a showcase episode, “Margaretology,” in which Queen Elizabeth II (Olivia Colman) dispatches her sister to win over President Johnson. While Streep has eight Globes sitting at home, in addition to the Cecil B. DeMille Award, Bonham Carter is now on her eighth nomination with no hardware to show for it. So the Hollywood Foreign Press Association might just cash in on that overdue IOU.

“The Crown,” which won drama series and actress for Claire Foy for Season 1, also received the most nominations it’s ever gotten in a year at four, but this right now is the only category in which it’s predicted to prevail. “Succession” is predicted to take drama series and actor, for Brian Cox over Tobias Menzies, and Jennifer Aniston (“The Morning Show”) is favored to edge out Colman in actress.