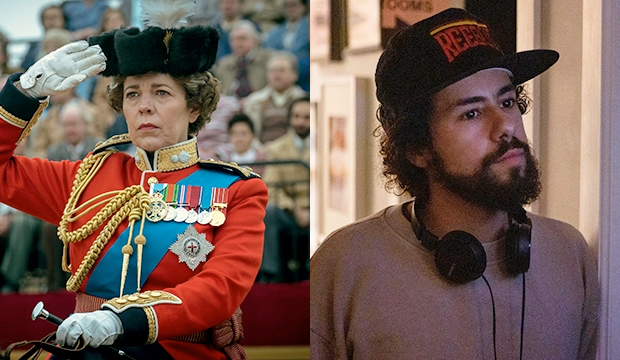 Every year the Golden Globes seem to go out of their way to award the newest shows and hottest stars, and this year will be no different … almost by default. As it turns out, only two of last year’s TV winners are eligible for repeat recognition at the upcoming 2021 ceremony: Olivia Colman (“The Crown”) and Ramy Youssef (“Ramy”). All of the other reigning champs — including Brian Cox (“Succession”) and Phoebe Waller-Bridge (“Fleabag”) — hailed from programs that didn’t air during the 2020 television season.

Colman is the favorite to reclaim Best TV Drama Actress for playing Queen Elizabeth II on Netflix’s regal drama. The fourth season debuts November 15 on the streaming service, which will make it top of mind as Golden Globe voters start marking off their ballots at the end of the year. Prior to Colman taking over the role, Claire Foy also claimed a Golden Globe as England’s long-serving queen, with “The Crown” winning Best Drama Series for its first season.

Youssef portrays a heightened version of himself on Hulu’s “Ramy,” which chronicles the story of a first-generation American Muslim living in New Jersey. Even though the show wasn’t nominated for Best Comedy Series at the Golden Globes last year, the actor was still able to prevail in Best TV Comedy Actor. The same didn’t happen at the most recent Emmys, where Youssef lost acting and directing in an unprecedented “Schitt’s Creek” sweep.

With so many of last year’s winners ineligible, the Golden Globes are poised to make way for new blood and old faves. According to Gold Derby’s combined predictions, the three drama races will go to “The Crown” for series and actress (Colman), plus Matthew Rhys (“Perry Mason”) for actor, a previous two-time nominee for “The Americans.” Our odds say the comedy categories will be dominated by “Schitt’s Creek” in series, actress (Catherine O’Hara) and actor (Eugene Levy), despite the Canadian show previously being snubbed across the board.

The limited series trophies will be won by “Unorthodox” for series and actress (Shira Haas), with Mark Ruffalo (“I Know This Much Is True”) winning actor, per our predictions. Neither performer has prevailed before, though Ruffalo is a three-time nominee for “Foxcatcher,” “The Normal Heart” and “Infinitely Polar Bear.” Finally, the odds-on front-runners for the catch-all supporting categories are Nicholas Hoult (“The Great”), a Golden Globe newcomer, and Gillian Anderson (“The Crown”), who previously claimed victory for “The X-Files.”