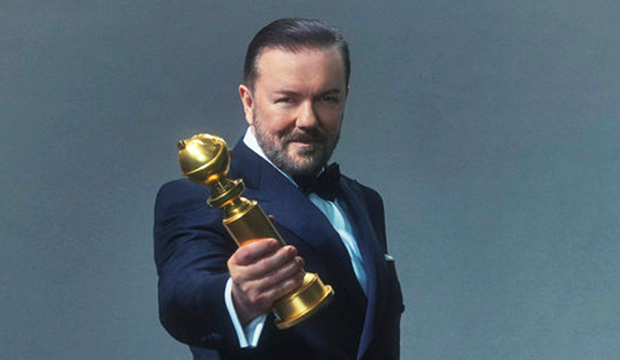 NBC has now revealed the complete rundown of the 25 categories for Sunday’s Golden Globes 2020 ceremony. What is the full category order? When is each winner announced and who are the 49 presenters?

We’ve got all of the details below for the 77th annual event live on NBC for January 5 (although keep in mind that producers could always change things around). It’s hosted for the fifth time by Ricky Gervais in Beverly Hills. Tom Hanks will be receiving the Cecil B. DeMille Award for life achievement in film. Ellen DeGeneres will accept the Carol Burnett Award for life achievement in television.

Top film nominees in the drama races are “1917,” “The Irishman,” “Joker,” “Marriage Story” and “The Two Popes.” Comedy film nominees are “Dolemite Is My Name,” “Jojo Rabbit,” “Knives Out,” “Once Upon a Time in Hollywood” and “Rocketman.” Last year’s two movie champs were “Bohemian Rhapsody” (drama) and “Green Book” (comedy), the latter of which went on to an Oscar Best Picture victory a few weeks later. Click here for the most up-to-date odds in the 14 film categories and 11 television categories.