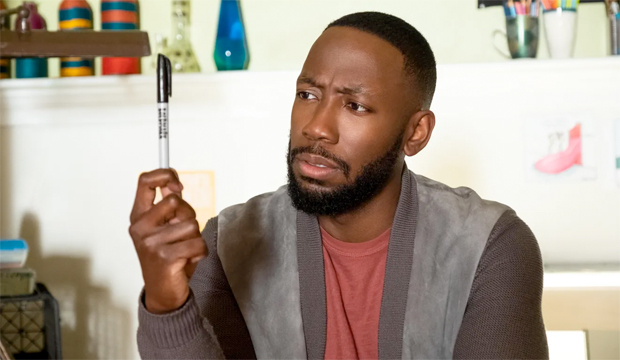 In November, Hulu renewed its freshman series “Woke” for a second season. The comedy stars Lamorne Morris, who is best known for playing Winston for all seven seasons on the network sitcom “New Girl.” Now that he’s headlining a series, he’s in his best position to receive awards recognition. Last year, Hulu broke new ground with Ramy Youssef (“Ramy”) winning the network’s first Golden Globe for Best TV Comedy Actor. Morris is hoping to continue that trend for the streaming service by reaping a Globe nom for “Woke.”

In the Best Comedy Series hopeful, Morris plays cartoonist Keef Knight. After being racially profiled by a cop, Keef becomes more sensitive to issues of race. He stops avoiding controversial statements and starts to see objects (like his marker and trash can) talk to him. The show is loosely based on the experiences of co-creator Keith Knight.

The series creates a conversation about race in America by highlighting prejudicial attitudes present in the police force, media and society. Keef being a cartoonist provides a meta take on the role of artistic expression in bringing attention to these issues. This show is highly relevant to the social and political discourse of 2020, which should help it gain the attention of award voters.

Globe voters love to recognize new performances. For instance, in the last five years 14 (or 56%) of all TV Comedy Actor Globe nominees have been for first seasons. The last 10 winners in the category have also been awarded for first go-arounds. With Globe voters nothing is hotter than a freshman season. This should greatly aid Morris’ award prospects this year.

It is also helpful with any award group for your show to stand out. This is becoming even more important in a world of expanding streaming services. The series’ use of live action and animation is helpful in establishing a unique tone for the series. It also helps showcase Morris’ performance. There are multiple hilarious scenes of him traumatically talking to a sharpie, trash can or liquor bottle.