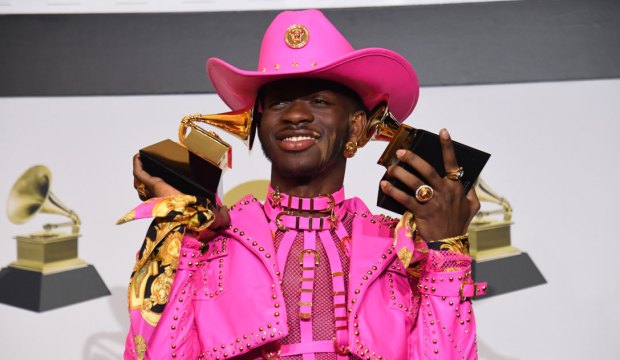 On July 9 the recording academy announced that it’s inviting 2,300 new members to join the organization that decides the Grammy Awards, including recent Grammy champ Lil Nas X (“Old Town Road“) and Grammy-nominated producer Victoria Monet (“Thank U, Next,” “7 Rings“). Those invitations are part of an effort to diversify the academy, which has been criticized for its treatment of women and people of color. The class of 2020 is 48% female, 48% male and 4% classified as “other” or “did not disclose.” More than half of the new members (51%) are under the age of 40. A little over one-fifth (21%) are Black, 8% are Hispanic and 3% are Asian or Pacific Islander — 50% are white.

SEEGrammys got new rules: Changes made to Best New Artist, R&B, rap and Latin categories, but is it enough?

Kelley Purcell, senior director of member outreach at the recording academy, said in a statement, “Building out our membership body is a process that encourages inclusivity from start to finish, and it’s a privilege to extend invitations to the 2020 class of invitees that represent the wide-ranging backgrounds and crafts that make the music industry so unique.” But how much does that move the needle? Before these additions, the academy was only 26% female and 25% from underrepresented minority groups, so the academy was predominantly white and male. The academy is aiming to double the number of women voters by 2025.

The announcement of new members was accompanied by a virtual moderated discussion “Your Academy: Welcoming the 2020 New Member Class” (watch it below). The discussion included 11-time Grammy winner John Legend, who observed that the music industry is “changing. There’s a lot of things happening, and it feels like it’s happening fast. I think that presents … opportunities for us to have the industry take a look at itself and say, how are we making this world more just, more equal and more fair? What are our hiring practices? What are our practices of dealing with our creatives? Are we doing the right things by them? It’s time for us to ask all those questions, but it’s also an opportunity for us to make it all better.”