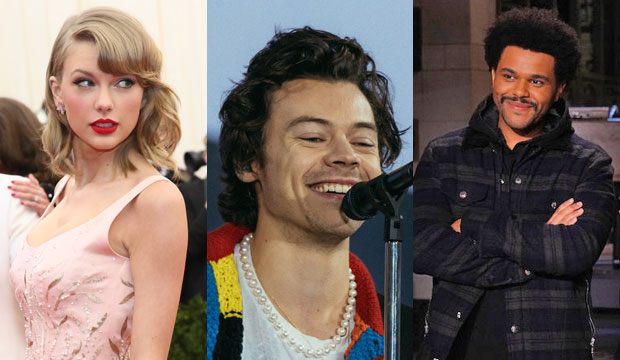 Despite the current global pandemic, this year’s Grammy Awards are heavily competitive when it comes to nominations. This year the pop field is stacked with commercially successful hits, including multiple returning champs. So let’s take a look at the hotly contested race for Best Pop Vocal Album.

While this race is usually stacked with some of the biggest pop artists of each year, the contest this year seems to be focused on six particular albums vying for five spots. One of these is The Weeknd’s “After Hours,” which has been entered in this field instead of Best Progressive R&B Album despite his previous albums competing as R&B recordings (his “Beauty Behind the Madness” and “Starboy” both won Best Urban Contemporary Album).

Might voters not be expecting to see The Weeknd in pop, potentially costing him a nomination? The Grammys’ ballot, which is organized alphabetically, might also hurt the album. That said, “After Hours” missing would still be shocking given its commercial success. It’s favored to win Album of the Year, according to our racetrack odds, and it’s led by the massive hit “Blinding Lights,” which is the front-runner for Record and Song of the Year.

Another big front-runner is Taylor Swift’s “Folklore.” A win would tie her with Kelly Clarkson and Adele as the only artists to win more than once in this category (she previously prevailed for “1989”). However, Swift’s project could be hurt by being less of a mainstream pop album with big singles like past winners in the category; “Folklore’s” pivot towards a more alternative sound has cost her radio and streaming traction for her singles.

On the other hand, Swift’s attempt to make a more serious, indie project and not focus on hits could have a positive effect on voters, who might want to honor her artistic integrity and risk. And even with her creative departure, “Folklore” was still a blockbuster, topping the Billboard 200 for seven weeks, and its lead single “Cardigan” debuted at number-one on the Hot 100.

Harry Styles’s “Fine Line” and Post Malone’s “Hollywood’s Bleeding” have also cemented themselves as favorites due to their massive singles’ success. However, both of their previous albums missed genre album nominations (Styles’s self-titled debut was snubbed for Best Rock Album, while Malone’s “Beerbongs and Bentleys” missed Best Pop Vocal Album even though it did get an Album of the Year nom). Will voters embrace these big pop stars this time around, or will they, perhaps, go for more niche albums?

The last two big contenders are “Future Nostalgia” by Dua Lipa and “Chromatica” by Lady Gaga. Both of these might suffer from relatively muted chart success compared to the four mentioned above (as of this writing both are hovering in the 60s on the Billboard 200). Despite this, both are acclaimed albums led by big hits. For Gaga, her status as a veteran might help her get a nomination. And Lipa does have two previous Grammys (Best New Artist and Best Dance Recording in 2019). However, Pop Vocal Album tends to favor big commercially successful albums stateside. So the real question is whether these two might inspire enough passion to overcome better-selling rivals.

But the door is also open for other dark horse contenders including Halsey’s “Manic,” Justin Bieber’s “Changes,” and BTS’s “Map Of The Soul: 7,” among other Grammy hopefuls. Who do you think will make the cut?