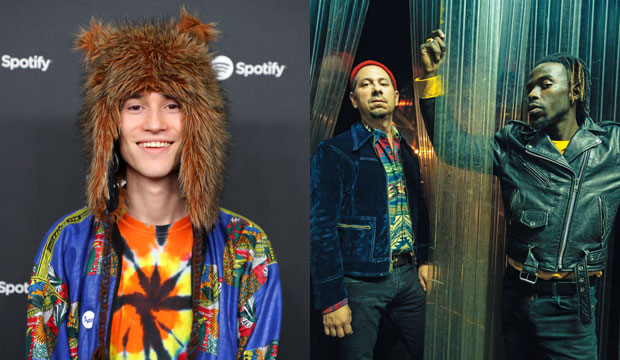 If we could describe the 2021 Grammys in one word, it’d be “unexpected.” The odds-on favorite to sweep the general field (The Weeknd) was completely shut out, and out of those top races the Album of the Year category might’ve been the most shocking of all, with Fiona Apple’s “Fetch the Bolt Cutters” and Harry Styles’s “Fine Line” also among the top contenders that were snubbed. But perhaps the silver lining of it all is that those snubs came in favor of a couple of interesting and challenging nominees from the academy, particularly Jacob Collier’s “Djesse Vol. 3,” and Black Pumas’ self-titled deluxe edition album.

Why these, you may be asking, and not some of the other surprise nominees like Jhené Aiko (“Chilombo”), HAIM (“Women in Music Pt. III”) and Coldplay (“Everyday Life“)? Well, those weren’t that out-of-left-field for the Grammys. Aiko’s album was one of the most successful of the year from a female artist, and lately AOTY always seems to have an R&B representative. Meanwhile, HAIM had a massively acclaimed album that could’ve appealed to pop, rock, and alternative voters (plus, the Grammys nominating an album called “Women in Music” is not a bad look after years of controversy about sexism in the academy).

And Coldplay took that veteran-but-not-too-veteran spot that has been common in recent years; think Beck, Daft Punk, Brandi Carlile and Jay-Z, who have made it in while true old-timers like Bob Dylan and Bruce Springsteen have been left out. And “Everyday Life” is an ambitious album conceptually, not to mention they are previous general field winners (Record of the Year for “Clocks,” Song of the Year for “Viva La Vida”).

SEECould Mariah Carey get back her Billboard charts record one ‘Christmas’ at a time?

But in Jacob Collier’s case, the nom for “Djesse” means more support for a community that isn’t often acknowledged by the Grammys in top categories these days: jazz. True, “Djesse” is far from a jazz album — it’s more an R&B project with electronic touches — but Collier rose to fame with his jazz music and is highly respected in that field. This recognition is already a win for genre underdogs: the people making non-mainstream music in an era when everyone wants hit singles. Not only that, this is one of the few Album of the Year nominees to never have touched the Billboard 200 albums chart.

Black Pumas are similar in that regard. Their album charted for a sole week at number-200 on the Billboard 200 after the release of the deluxe version. It’s definitely an odd case for such under-the-radar albums to make it into the top 20 in the recording academy voting, let alone top eight in the Album of the Year category. Perhaps in the future we’ll start seeing even more niche projects get some well deserved recognition. After all, the Grammys have made it clear with these two nominees that they award quality, not just commercial success.

But this isn’t all. We’ve seen indie artists make a greater impact in recent years. Take, for example, Brandi Carlile, who got noms across the board for AOTY (“By The Way, I Forgive You”) and ROTY and SOTY (“The Joke”) in 2019. Carlile is signed to independent label ATO Records, and Black Pumas are also signed to that label. Collier is signed to his own label, Hajanga Records.

A look at the past Grammy ceremonies suggests that there might be an active push to nominate more independent music in top races: 2021 has Black Pumas and Jacob Collier. In 2020 there was Bon Iver’s “i,i” (Jagjaguwar). In 2019 it was Carlile. And a few years prior we had Alabama Shakes’ “Sound and Color” (ATO). Maybe Grammy voters are trying to make a statement about independent artists and their value to the music industry alongside the usual blockbusters they’re nominated with.

And to be honest, can we blame them? The Grammys often give the top awards to the bestselling albums and songs at the expense of better, yet lower-profile music. A win for Collier or Black Pumas could break this trend, reassuring both the public and recording academy members alike that the Grammys, despite popular opinion, are still about the artistry.

In the wake of multiple big names like Halsey, The Weeknd, and Drake speaking out against the Grammys for snubbing them, would an independent win really be farfetched? After all, the Grammys love making statements, and what better one to make than one for the equality of artists regardless of how popular they are on the charts? For a smaller album to beat bestsellers like Post Malone’s “Hollywood’s Bleeding” and Taylor Swift‘s “Folklore” would be a huge moment in the history of these awards, but we’ll just have to wait and see what Grammy voters have up their sleeves this year. Album of the Year winner Jacob Collier does have a nice ring to it.