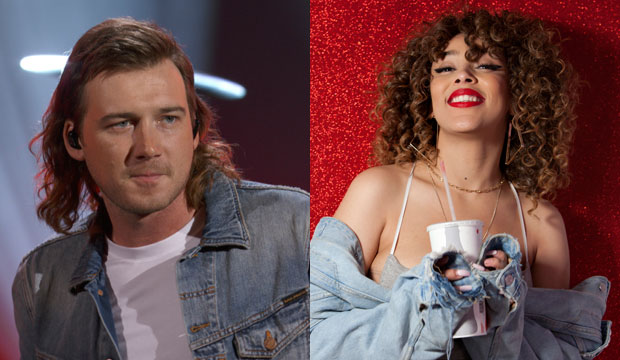 2019 was a huge year for new artists with Billie Eilish, Lil Nas X and Lizzo ruling the charts and then taking over the Grammys. Eilish ended up sweeping the awards, but this year’s race looks much more wide open. And now you can predict the nominees and winner here in our predictions center.

Best New Artist at the Grammys is often the hardest category to pin down due to changing standards for who actually qualifies as a new artist. In the past you’d see genuine newcomers like Mariah Carey and LeAnn Rimes winning for their first year in the public eye. But then Lauryn Hill won the award for her solo debut even after winning Grammys as a member of The Fugees, and Shelby Lynne took home the award after releasing six albums.

In this era of streaming music when an artist can release a number of singles, EPs and mixtapes before truly achieving prominence, what constitutes a new artist is even more subjective. In recent years the recording academy set specific thresholds: an artist couldn’t be considered new if they had exceeded a specific amount of released music (no more than 30 singles/tracks or three albums). But this year’s kudos will be different.

The new rules dictate that “screening committees will be charged with determining whether the artist had attained a breakthrough or prominence prior to the eligibility year.” So “newness” is even more open to interpretation than ever, though with the academy making the final calls on eligibility, we’ll probably avoid the situation of an artist winning a decade into their career. Jump in and place your early bets now, and make sure to come back often to see where the race stands between now and when the nominations are announced. 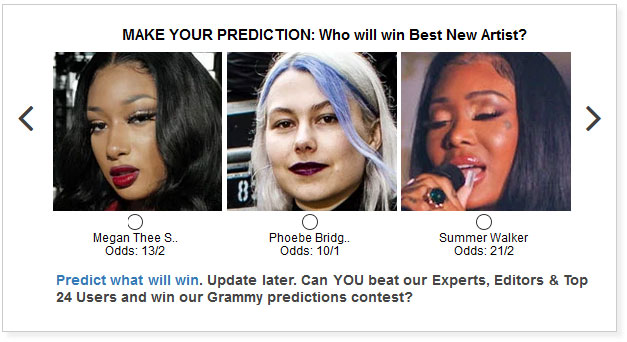