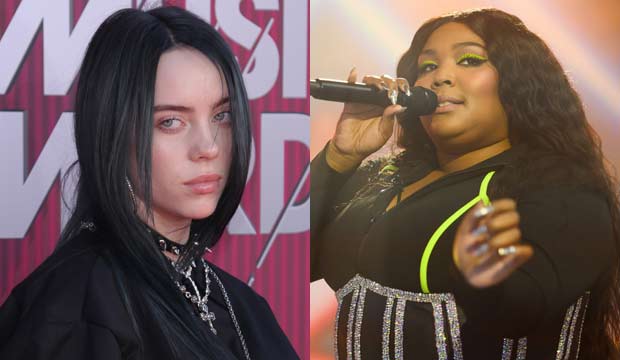 Billie Eilish was the front-runner in all four general field categories at the Grammys before nominations were announced in November, but things changed when Lizzo exceeded our expectations with eight noms, more than any other artist. Eilish still has the edge in most of her categories based on our racetrack odds, but when it comes to Song of the Year, the year’s top songwriting prize, it looks like it’s going to be close.

Eilish is nominated for co-writing “Bad Guy” with her brother Finneas O’Connell, and they get leading odds of 5/1 based on the combined predictions of Gold Derby’s users. But Lizzo is breathing down her neck with “Truth Hurts,” which she co-wrote with Steven Cheung, Eric Frederic and Jesse Saint John. They get 11/2 odds. And the race looks even closer when you consider how divided our most elite users are.

Our Top 24 Users got the highest scores predicting last year’s Grammy winners, and as of this writing 11 of them are predicting Eilish, while 10 are predicting Lizzo. Meanwhile, one top user apiece is predicting Taylor Swift‘s “Lover,” Lewis Capaldi‘s “Someone You Loved” and Lana Del Rey‘s “Norman F*cking Rockwell.”

Our All-Star Top 24 got the highest prediction scores when you combine the last couple of years’ results, but in their case 10 say Lizzo, while only nine are backing Eilish, two say Swift, two say Capaldi and one says Del Rey. That’s a razor-thin margin between the two front-runners.

At just 18-years-old, Eilish would make history if she wins Song of the Year. She’ll be the second youngest champ in the history of that category after Lorde, who was 17 when she won for “Royals” in 2014. But Lizzo would also make history as just the second rapper to claim the prize, following Childish Gambino‘s “This is America” just last year — though “Truth Hurts” is classified as a pop song for Grammy purposes. So will one of them make history, or are our renegade users right that there will be a stunning upset by Swift, Capaldi, or Del Rey?