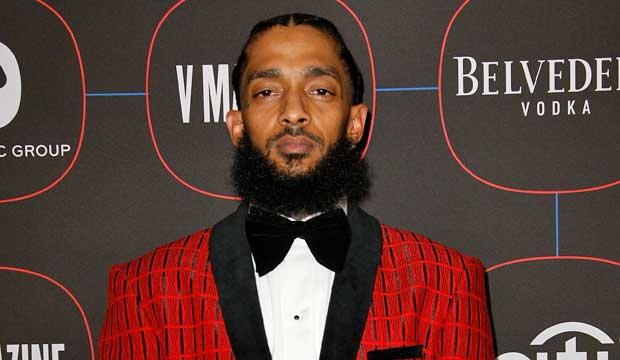 Nipsey Hussle earned his first Grammy nomination last year when his debut studio album “Victory Lap” was nominated for Best Rap Album. But the music industry was shocked when Hussle was shot to death on March 31, 2019, less than two months after the awards ceremony. He was only 33-years-old. Now the recording academy has paid tribute to him with three posthumous nominations. How many might he win?

Hussle’s violent death was an even more tragic blow considering that he was a community activist who used his music to denounce gun violence. The Grammys responded by nominating him for Best Rap Performance and Best Rap Song for “Racks in the Middle” (with Roddy Ricch and Hit-Boy) and Best Rap/Sung Performance as a featured artist on “Higher” (with DJ Khaled and John Legend). And we think there’s a good chance he’ll win.

As of this writing Hussle is the front-runner in all three of his categories, according to the combined predictions of more than 1,700 Gold Derby users who have made their forecasts here in our predictions center thus far. He’s the heavy favorite for Rap Performance and Rap/Sung Performance, while in Rap Song he faces a tough challenge from 21 Savage‘s politically resonant “A Lot.”

Hussle might not be the only posthumous winner at this year’s awards. The Cranberries are nominated for Best Rock Album for “In the End,” which could be a way to honor the band’s late lead singer Dolores O’Riordan. And there have been posthumous winners at the Grammys for the last three years in a row: David Bowie (2017), Leonard Cohen (2018) and Chris Cornell (2019). So we know the recording academy is sentimental when it comes to recognizing artists we’ve lost. Do you agree with our current odds that Hussle will sweep?