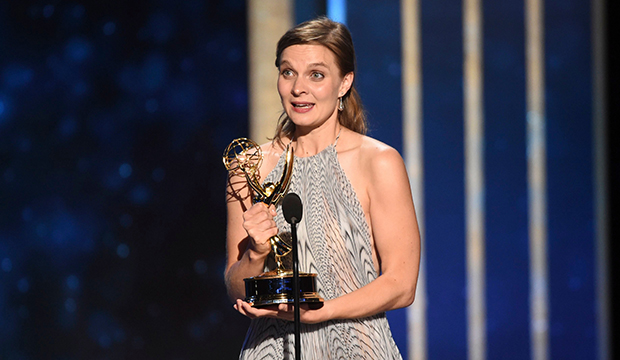 All Hildur Guðnadóttir does is win. Since bagging an Emmy for her “Chernobyl” score in September, the composer has netted the Golden Globe and Critics’ Choice Awards for her Oscar-nominated “Joker” score. And she’ll have to make some room in her trophy case on Sunday because she’s expected to snag her first Grammy with “Chernobyl,” setting herself up to complete three-fourths of the EGOT next month.

With 7/2 odds, Guðnadóttir sits atop our Best Visual Media Score predictions, ahead of Ramin Djawadi (Season 8 of “Game of Thrones”), Alan Silvestri (“Avengers: Endgame”), Hans Zimmer (“The Lion King”) and Marc Shaiman (“Mary Poppins Returns”). Djawadi won the Emmy as well in September, but in the drama category as opposed to limited, where Guðnadóttir triumphed.

The Icelandic composer has enjoyed a breakout couple of months between her two haunting, atmospheric but very different compositions for two of the biggest projects of 2019. She’s also won a World Soundtrack Award for “Chernobyl,” in addition to prizes at the Venice Film Festival, the Hollywood Music in Media Awards and various critics groups for “Joker.”

If Guðnadóttir does win the Grammy and then the Oscar, she could then set her sights on becoming the first person to complete the EGOT by winning the awards in the order of the acronym. And if she gets the T in the subsequent nine years, she’d break Robert Lopez‘s record of fastest to EGOT. The songwriter took only 10 years to win his statuettes between 2004 and 2014 (he’s also the youngest to do so, at 39, and the first and thus far only double EGOTer). (It should be noted that Cynthia Erivo, 33, could also break Lopez’s “fastest to EGOT” and age records this year.)

So… who’s going to snatch up Guðnadóttir for a Broadway musical?