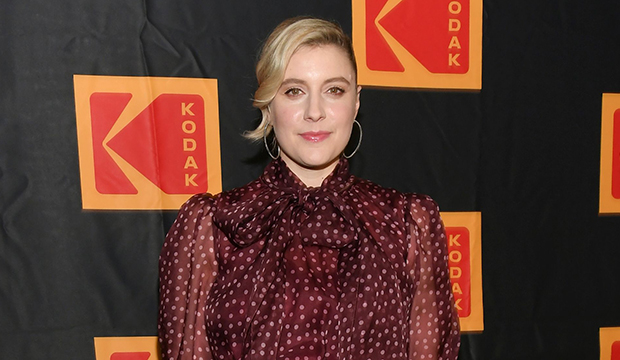 Greta Gerwig is trying to follow in Emma Thompson‘s footsteps in more ways than one. Just like at the Oscars, should Gerwig win adapted screenplay at Saturday’s Writers Guild of America Award for “Little Women,” she’d be the first solo female winner in the category since Thompson was honored for “Sense and Sensibility” (1995) — yup, nearly a quarter of a century ago.

Gerwig, who’s in first place in our predictions, would also be only the third solo female champ in the category since the WGA Awards established adapted and original fields in 1970; the first was Ruth Prawer Jhabvala, who received the prize for “A Room with a View” (1986).

Including writing teams, Gerwig would be the eighth female winner. Elaine May was the first, prevailing for her “Heaven Can Wait” (1978) script with Warren Beatty in the adapted comedy category, which, along with adapted drama, was discontinued after 1984. Seven years later, Janet Roach won for “Prizzi’s Honor” (1985) with Richard Condon. Husband-and-wife team Robert Pulcini and Shari Springer Berman scored with “American Splendor” (2003), followed by Diana Ossana and Larry McMurtry two years later for “Brokeback Mountain” (2005). Last year, Nicole Holofcener and Jeff Whitty were crowned for “Can You Ever Forgive Me?” (2018), so, no, there is no lengthy female winner drought here like there is at the Oscars.

Gerwig’s traditional but modern “Little Women” script has become the most awarded aspect of the film. She’s bagged 13 critics awards for it, along with the USC Scripter Award last weekend, and also leads our adapted screenplay Oscar odds. Three of her Oscar rivals are also in the running at WGA (the fourth, Anthony McCarten‘s “The Two Popes,” was declared original by WGA, but did not get nominated), so if she claims this, she’d be in good position for the Oscars, with BAFTA pending. Both Jhabvala and Thompson, of course, went on to win the corresponding Oscar, so Gerwig could also continue that trend of solo female writing champs for literary adaptations.

“The Irishman,” by Steve Zaillian, is in second place, followed by Taika Waititi‘s “Jojo Rabbit,” Todd Phillips and Scott Silver‘s “Joker,” and Micah Fitzerman-Blue and Noah Harpster‘s “A Beautiful Day in the Neighborhood.”