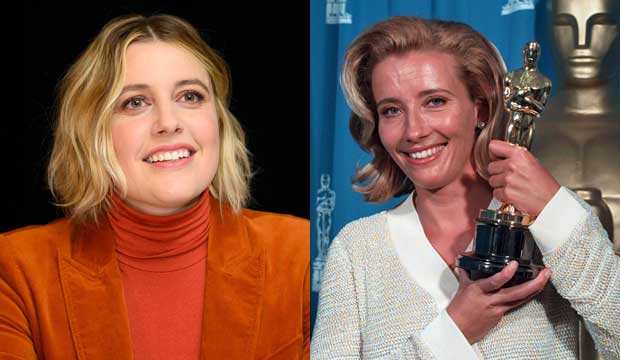 Greta Gerwig may have been snubbed for Best Director for “Little Women” at the Oscars (see the full list of contenders here), but the academy nevertheless nominated the film six times including Best Picture, and Gerwig is up for Best Adapted Screenplay. If she wins, she would achieve something no female writer has since Emma Thompson.

No woman has won Best Adapted Screenplay since Diana Ossana, who co-wrote the script for “Brokeback Mountain” (2005) with Larry McMurtry. But it has been even longer since a woman has won this prize as the solo credited writer of her film — 24 years, to be exact. The last time was Thompson for “Sense and Sensibility” (1995).

The parallels are eerie. Both Thompson and Gerwig were best known as actors before they went behind the camera — though Thompson has only written films, never directed them like Gerwig has. And Thompson also adapted a classic 19th century novel by a female author: Jane Austen in Thompson’s case, Louisa May Alcott in Gerwig’s. Even their ages are the same: Thompson was 36 when she won for her script, same as Gerwig now.

Interestingly, the only other woman who has won this award solo did so for adapting older literary classics too: Ruth Prawer Jhabvala for “A Room with a View” (1986) and then “Howards End” (1992), both based on early-20th century novels by E.M. Forster.

But Gerwig wouldn’t be the first woman to win this award for “Little Women.” One of the first female writing champs ever awarded by the academy was Sarah Y. Mason, who won for co-writing an adaptation of Alcott’s novel with Victor Heerman in 1933 — 87 years ago. That film was directed by George Cukor and starred Katharine Hepburn as Jo March, the role Saoirse Ronan plays in the latest version. Pretty good company for Gerwig to keep.