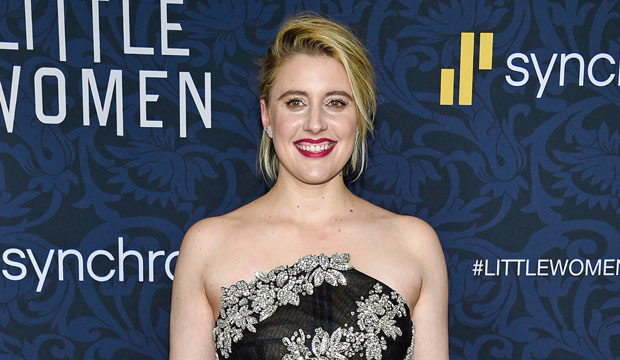 The Best Adapted Screenplay at this year’s Oscars is harder to call than usual, but there is reason to believe Greta Gerwig might just pick up her first little gold man for writing “Little Women.” The film faces stiff competition between “The Irishman,” “Jojo Rabbit,” “Joker” and “The Two Popes” in that category, but Gold Derby odds currently have her out in front to win. Here are four reasons why Gerwig is in a good spot to win Best Adapted Screenplay for “Little Women.”

1. She is beloved.
With just her first two solo outings as a director, Gerwig’s films have resonated with audiences, critics and awards voters. “Lady Bird” (2017) landed with five Oscar nominations including Best Picture and a pair of noms for Gerwig in Best Director and Best Original Screenplay. She would go home empty-handed on Oscar night, but not to worry: voters just gave her next film, “Little Women” six nominations including Best Picture. Her acting career and writing/directing efforts give her a special notoriety to where academy members just want to vote for her, as a personality in film.

2. It is the definition of adaptation.
It would be one thing for Gerwig to be a liked figure in the industry, but she has the stuff to back it up. Her adaptation of “Little Women” is unlike any other adaptation of Louisa May Alcott’s novel before it. She rearranges the sequence of events, creating a flashback structure that isn’t just for show. There is a purpose to Gerwig contrasting the warmth of childhood with the cold realities of adulthood, while still remaining true to Alcott’s timeless story. As a feat of adaptation, there is a special merit in what Gerwig does to “Little Women” that could be irresistible to voters.

3. It allows the academy to help fix its gender problems.
The academy did not nominate a woman in Best Director this year and has traditionally been stingy with handing out bids to female creatives. Some of that has to do with industry opportunities that prevent women from getting into major roles behind the scenes but in a year like this with so many acclaimed films from female directors, Oscar-watchers were understandably upset. Gerwig was arguably in the strongest position to land in Best Director, and her nomination in Adapted Screenplay presents an opportunity for members to hand out an Oscar to a woman in a non-acting category. Diana Ossana is the last woman to win Adapted Screenplay, for co-writing “Brokeback Mountain” (2005), so it’s been a while.

4. There is a history of female screenwriters winning for adapting esteemed novels.
Only seven women have won Oscars for adapted screenplay and even fewer have won it solo: Ruth Prawer Jhabvala for “A Room with a View” (1986) and “Howards End” (1992) and Emma Thompson for “Sense and Sensibility” (1995). This might put Gerwig at a disadvantage, but what do those novels have in common? They have all endured as treasured classics. The same can certainly be said for “Little Women,” which would actually have two wins in this category should Gerwig win. The first was for 1933’s adaptation of “Little Women,” which won Sarah Y. Mason an Oscar alongside Victor Heerman. “Little Women” is one of those stories that continues to be passed down from generation to generation and if the academy liked Gerwig’s rendition of the novel enough to give it six nominations, they must think she got it just right.