One of the hardest-to-get tickets both on Broadway and on tour will soon be available to view right from the comfort of your home. Disney+ just released a trailer for “Hamilton,” its filmed version of Lin-Manuel Miranda‘s acclaimed rap-driven musical ode to our founding fathers. Besides its reliance on hip-hop, such genres as R&B, soul, pop and more traditional show tunes are also featured in the score.

SEE2020 Tony Awards officially postponed: ‘The health and safety of the Broadway community is of the utmost importance’

The movie was shot at the Richard Rodgers Theater in June 2016 by the stage production’s director Tommy Kail, and it was to open in theaters in October 2021 followed by a release on Disney+. But the ongoing coronavirus pandemic upended that plan. Instead, many family households who remain sheltering in place will get to enjoy some gloriously performed vocal fireworks this upcoming Fourth of July holiday weekend.

The film features the original cast including Miranda in the title role as well as Daveed Diggs, Leslie Odom Jr., Renee Elise Goldsberry, Jonathan Groff, Jasmine Cephas Jones, Phillipa Soo and Anthony Ramos. At the 2016 Tony Awards, “Hamilton” received a record-setting 16 nominations and won 11, including Best Musical. It just missed equaling the record 12 wins by “The Producers,” but that may have been because it had one fewer category available: the award for Best Sound Design had been eliminated in 2015 and wasn’t reinstated until 2018.

The show also earned a Pulitzer Prize for Drama that same year, and the original cast recording debuted at number-12 on the Billboard 200 albums chart, the highest position for a cast recording since 1963. The soundtrack also took home a Grammy Award for Best Musical Theater Album. Just a guess, but it seems likely that the streaming version will be in contention next year for a few Emmys as well.

Check out the trailer above and let us know if you and your family  plan to watch “Hamilton” during the upcoming holiday weekend.

'Curb Your Enthusiasm': All the Season 10 guests stars, ranked 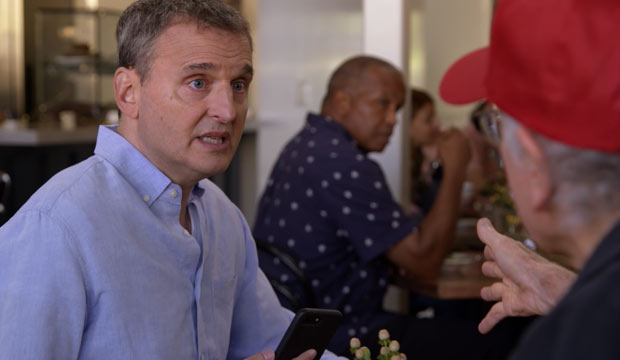