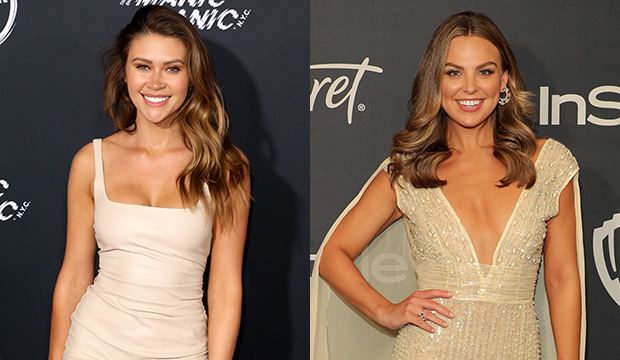 Caelynn Miller-Keyes admits she was “definitely hurt” when she was passed over to star on “The Bachelorette” Season 15 last year for Hannah Brown.

“I remember getting the call that it wasn’t me for ‘Bachelorette’ and I was like, ‘Dang! That kind of sucks,'” Miller-Keyes recalled on Ben Higgins and Ashley Iaconetti Haibon‘s podcast “Almost Famous.” “And then I found out it was [Brown] at ‘Women Tell All.‘ We all kind of knew at ‘Women Tell All’ it was her. And it hurt. It definitely hurt.”

The former Miss North Carolina finished in fourth place on Colton Underwood‘s season of “The Bachelor” and was seen as a frontrunner for the “Bachelorette” gig, especially after she candidly spoke about the sexual assault she suffered in college on the show. But producers tapped Brown, who placed seventh that season, instead. “It stung and I was upset and I was kind of led to believe that it was mine, and then suddenly it wasn’t,” Miller-Keyes continued. “It was Hannah’s. Looking back on previous seasons, it’s always been in the top four and then to branch out and to pick Hannah, it hurt.”

She added: “I felt like I was… I don’t know. I just have so many thoughts on the issue.”

Adding another level of tension was the fact that Miller-Keyes and Brown, a former Miss Alabama, knew each other from their pageant days and were roommates at Miss USA 2018, where Miller-Keyes was first runner-up. The two were initially friends but experienced a “rift in their friendship” during Miss USA from “small things.” “It was starting to feel competitive and I didn’t want our friendship to feel competitive. It wasn’t anything she was doing or anything like that,” Miller-Keyes explained. “It was just me not being confident in myself.”

The pair feuded on “The Bachelor,” but eventually put their differences aside to “be friendly.” “We were fine [on ‘The Bachelor’]. It’s easy to get jealous when you’re in competition,” Miller-Keyes said, adding that she doesn’t think they would’ve talked things out had it not been for the show.

But even without “The Bachelorette,” things seem to have worked out for Miller-Keyes: She met Dean Unglert on “Bachelor in Paradise” last summer and they’re still together.