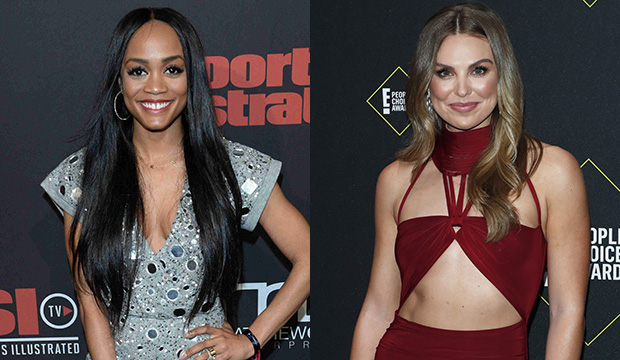 Rachel Lindsay feels Hannah Brown‘s second apology for using the N-word was “genuine,” and she won’t “judge what was in her heart.”

The Season 15 Bachelorette posted an 18-minute video apology on Instagram on Saturday — two weeks after she said the N-word while singing to DaBaby‘s “Rockstar” on Instagram Live and subsequently issuing a brief written statement that disappointed Lindsay. In the new apology, Brown said she had used the two weeks to educate herself on the slur and black issues, including hiring an “educator” to “help me understand the things that I’ve never even have been taught, learned or been a part of my education like ever before.”

She also told her fans to not defend her because “what I did, what I said was indefensible,” and vowed to be “part of the solution, and you will see that.”

“I don’t want to critique an apology. An apology is an apology,” Lindsay told “Page Six” when asked about the video (watch below). “It was solid and it was heartfelt, which is exactly what I would expect when it takes you two weeks to put out an apology. I mean, it should have been all those things. It’s two weeks.”

Lindsay was pleased that Brown issued a video apology, as she had initially asked Brown to do a Live together and use her platform after the incident. Brown later backed out and posted the aforementioned written statement instead. “I wanted her to do a live video, so people could see her, and she [now] did it, and it came across as genuine to me,” Lindsay said. “I’m not going to judge what was in her heart. I know that when I talked to her on the phone — two weeks ago when it happened — she was upset at what she did. So I feel like her apology was genuine.”

But the franchise’s first and only black lead notes that the apology is just the first step. Last week, before Brown’s second apology, the attorney said she didn’t expect Brown to change because of toxic Bachelor Nation fans who came to Brown’s defense. “There were a lot of things that were promised in the apology as far as she’s going to take action, and so I think people are watching for that,” Lindsay told “Page Six.” “Apology is one thing, you promised action, so let’s see what action.”

The two Bachelorettes have not talked or reached out to each other since their last conversation two weeks ago about doing a Live. Lindsay is open to talking to Brown if she were to contact her. “I don’t think I would do a Live like I had proposed before, but anybody who’s willing to learn and to grow based on their own admitted ignorance, I’m not going to be the one to push you away from that,” she said.