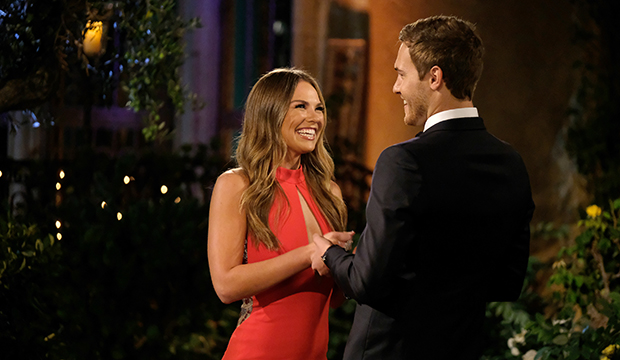 Bachelor Nation can’t quit Hannah Brown, but she is quitting the franchise… for now. The Season 15 Bachelorette is joining the “Dancing with the Stars” tour for six additional dates in March, which means she won’t be able to be the Bachelorette for the second year in a row as many fans have wanted.

“Dancing” announced on Wednesday that Brown, who won Season 28 with partner Alan Bersten, will reteam with him for six stops from March 24 to 29 in California and Arizona. She previously only performed at the New York City show last month, but had said she was open to returning with her schedule permitting.

Per Reality Steve, those tour dates conflict with the filming dates for “The Bachelorette,” which typically starts production in mid-March for a late May premiere.

“You can now cross Hannah B. off the list for ‘Bachelorette,'” he tweeted. “This would be during filming and clearly she can’t do both.”

You can now cross Hannah B. off the list for “Bachelorette.” This would be during filming and clearly she can’t do both. pic.twitter.com/dIDxZzAe8c

A instant fan favorite on Season 23 of “The Bachelor,” Brown won over more hearts during her “Bachelorette” run last summer. But she had a messy ending than a happy one, as she ended her engagement to Jed Wyatt after news broke that he had a girlfriend at home while on the show.

SEE Hannah Brown thinks it’s ‘wild’ everyone believes she’ll be back on ‘The Bachelor’ (again)… so will she?

The former beauty queen sent fans into a frenzy when she popped up on Peter Weber‘s season of “The Bachelor” last month to tell him she still had feelings for him and regrets eliminating him. He offered her a spot on the season, which she declined (she was also on “Dancing” at this time, so “Dancing” likes cockblocking Bachelor Nation).

That did not stop fans from theorizing that Brown will show up on “The Bachelor” again this season — which has surprisingly been unspoiled, but Reality Steve claims Brown is not part of whatever goes down in the finale — or hoping for her to be a two-time Bachelorette to try to find love again. But Brown didn’t sound that keen on the latter idea last month.

“I don’t know [if I’d be the Bachelorette again]!” she told “Entertainment Tonight.” “There was a lot of hard and bad about it. I mean, hello. Did we see my ending? But there’s a lot of good that comes out of it too. I would never, like, completely bash the ‘Bachelor’ franchise. I think it’s had a lot of success in the people that are together are very happily together. So, of course, I want that, but it doesn’t have to be as the Bachelorette.”