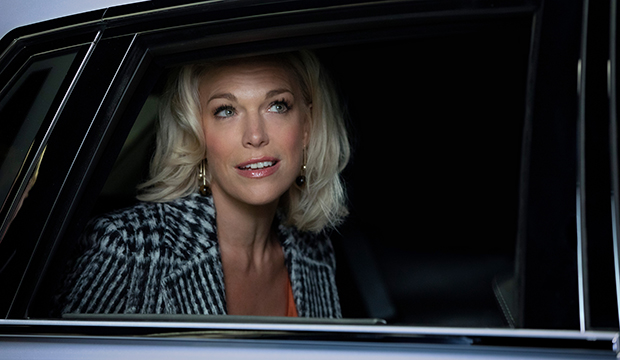 Hannah Waddingham has been shooting up the charts for her acclaimed performance in sleeper hit “Ted Lasso” as football team owner Rebecca Walton. Although Gold Derby did not launch its predictions center events for the Golden Globe and Screen Actors Guild Awards until early October, after “Ted Lasso” has finished debuting the 10 episodes of its first season weekly on Apple TV+, Waddingham wasn’t added until a month later as buzz for the show and her breakthrough work grew.

Waddingham debuted in 57th place at the start of November in our racetrack odds in the Globe race for Best TV Supporting Actress, a comprehensive-genre field led by Gillian Anderson in the drama “The Crown” and Uzo Aduba in the miniseries “Mrs. America.” Waddingham shot to 14th a week later on Nov. 8 and ranked 11th on Dec. 20. With the promotion of “The Crown” star Emma Corrin out of supporting to the lead category, Waddingham jumped to eighth place, finally no longer ranking as a long shot with 100/1 odds on Dec. 22. Her combined betting odds are now 42/1.

SAG does not have separate categories for TV lead and supporting roles, so Waddingham competes there in a combined comedy actress field. She debuted on Nov. 1 in the 41st position and bounced from 35th to 44th for over a month before surging, reaching ninth place on Dec. 14 and peaking on Dec. 19 in seventh. Bolstered by the recent “The Flight Attendant” finale and renewal, Kaley Cuoco sent Waddingham back to eighth as of the Dec. 23 rankings.

Gold Derby currently predicts that Jason Sudeikis as Ted Lasso himself will be the only SAG nomination for the show, but this would make him the first comedy actor nominee in three years nominated without a co-star or a comedy ensemble nomination. Waddingham might be underestimated because she is competing against leads with an ostensibly supporting part, but SAG voters have increasingly voted the ticket with their favorite shows. The two comedies that SAG awarded last year — “Fleabag” and “The Marvelous Mrs. Maisel” — did not have male co-leads, but SAG still recognized them in comedy actor, even awarding Tony Shalhoub‘s supporting work in “The Marvelous Mrs. Maisel” over title characters played by Michael Douglas in “The Kominsky Method” and Bill Hader in “Barry.”

A nomination from the Globes or SAG individually or as part of an ensemble would mark the first major nomination for Waddingham, who was one episode short four years ago from qualifying to be part of the drama ensemble nomination for the sixth season of “Game of Thrones” at the SAG Awards. Waddingham recurred as the pious Septa Unella who infamously “shamed” a naked Cersei Lannister at the end of the fifth season. 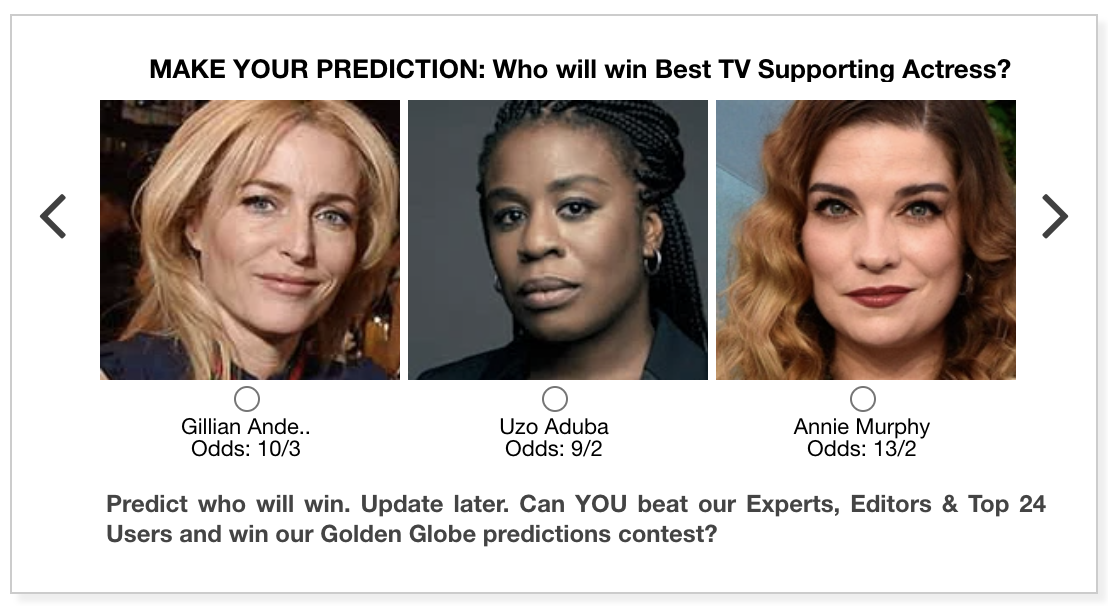