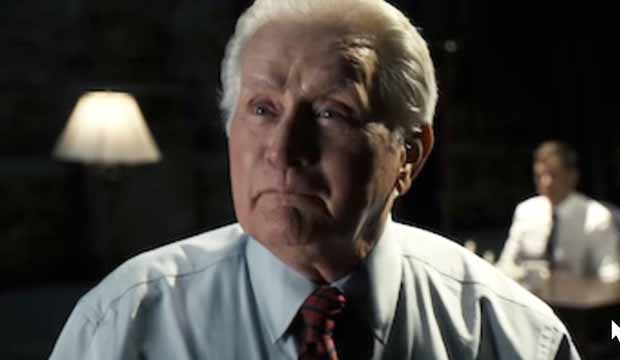 “Words when spoken out loud for the sake of performance are music” declared President Bartlet (Martin Sheen) in the “The West Wing.” He explained, “and music has the ability to find us, and move us, and lift us up in ways that literal meaning can’t.” The political drama embodied this spirit, in the words composed by series creator Aaron Sorkin; its conduction by directors like Thomas Schlamme; and in the performances by one of the most gifted casts ever assembled. And, as an election looms with the state of democracy on the line, they all just got back together for an encore.

Happy Election Day on Tuesday, November 3! To help encourage people to vote this year for the movement “When We All Vote,” the cast and creators of “The West Wing” have recreated their characters for a one-hour program currently airing on HBO Max.

20 years ago this past September, the show had its first ovation at the Emmys. Their opening season became the first series to win nine Emmys in a single year, including wins from seven branches (acting, direction, writing and more). It was a magical feat at a time when every Emmy category was decided by individual and independent viewing panels. That record held for 15 years, until the technically lavish “Game of Thrones” was able to win 12 for their fifth season.

“The West Wing” would go on to win 26 Emmy awards for its entire run, tying “Hill Street Blues” as most Emmys won by a drama series (a record now surpassed by “GOT”). They also won an Emmy for their Documentary Special in season three. It is one of only five dramas to win best series at the Emmys four times. The show also won two Golden Globes, six SAG awards, two DGAs, two WGAs and two Peabody awards. It remains one of the most decorated shows in television history.

So, 20 years after their lauded debut, the show how now returned for a special. And it’s with no surprise that this show, which in may ways was a love letter to public service, that cast members Dule Hill, Allison Janney, Rob Lowe, Janel Moloney, Richard Schiff, Martin Sheen and Bradley Whitford would come back for a lofty and noble purpose. “A West Wing Special to Benefit When We All Vote” was put together to inform and encourage people to vote in the 2020 national U.S. election.

Some may think that the show’s romanticized view of public life is out of place in today’s political world of corruption and chaos. However, “The West Wing” was never a show about the way things were, but rather the way things could be. Perhaps the best antidote to a political culture motivated by fear is public discourse motivated by hope. We are a far cry from the world of 2000, but the message of the “Wing” is as important as ever.

A different approach was taken for this reunion than other series that have returned recently. An episode from season three, ‘Hartsfield’s Landing,’ was reconstructed as a play at the Orpheum Theatre in Los Angeles, with Covid protocols in place. Between acts, messages were shown of the cast and special guests (such as Michelle Obama and Lin-Manuel Miranda) aimed to enhance voter participation. The episode explores themes of leadership and the power of voting.

The theatrical performance of the episode allowed the words of Sorkin to find a new pitch and allowed Schlamme to use effective minimalist rhythm to great effect. And the cast played the melody like it was still the early 2000s. 18 years after the episode first aired, the cast was still at the top of their art. The orchestra came back together, and they hadn’t missed a beat. Now hopefully this election the audience does their part by voting and we will all see “what’s next.”