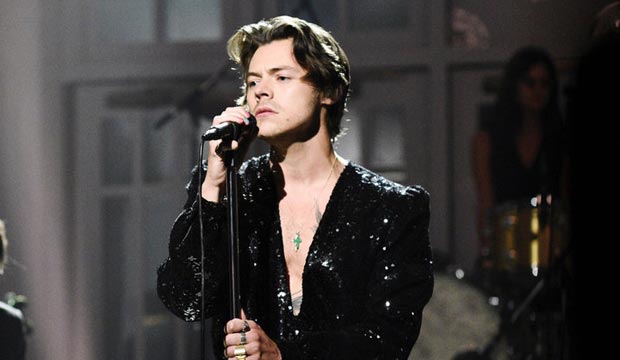 Since the British boy band One Direction officially went their separate ways in 2016, its members have wasted no time establishing themselves as solo artists. Four of them have albums eligible for Grammys in 2021, so we asked fans which former member of the group has the best chance to win. Scroll down to see our complete poll results.

Harry Styles is by far the alum most likely to win a Grammy, according to a whopping 74% of respondents. He released his second solo album, “Fine Line,” in December 2019, and though he didn’t earn any nominations for his self-titled first solo album, his sophomore effort got high marks from critics and topped the Billboard 200 albums chart. “Fine Line” has produced two platinum singles so far, including the recent top-10 hit “Adore You.”

Legendary Fleetwood Mac singer Stevie Nicks even raved about Styles’s album, calling it his “Rumours.” That’s high praise since “Rumours” was the release that won Fleetwood Mac their Album of the Year Grammy in 1978. Indeed, many music fans seem to agree with her assessment. Hundreds of Gold Derby users are currently predicting Album of the Year at the 2021 Grammys and Styles ranks fifth with 20/1 odds. That includes support from many of our Top 24 Users who got the highest scores predicting last year’s nominations: 10 of them think he’ll earn a bid, and one of them says he’ll even win.

The next most likely Grammy winner from the band according to our readers is Niall Horan, who received 17% of the vote. Louis Tomlinson got 8% and Liam Payne is an underdog with 1%. The fifth member of the band, Zayn Malik, struck out on his own before the rest of the band officially disbanded. As of now he hasn’t released a new album in this eligibility period, but the deadline isn’t until August 31, so if he wants to throw his hat in the ring too, there’s time. 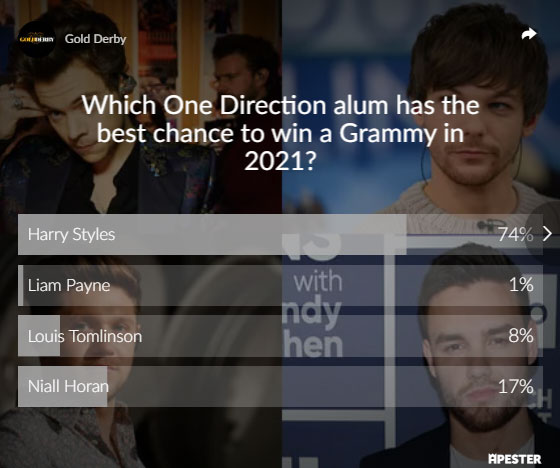