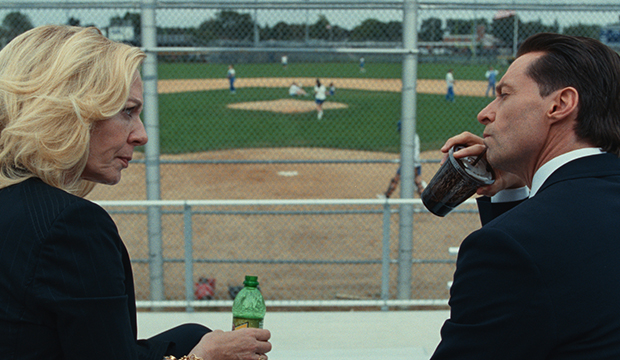 “Black Mirror’s” loss could be HBO’s gain. After three straight Best TV Movie Emmy victories for various episodes and not meeting the new 75-minute runtime requirement, “Black Mirror” is forced to compete in drama this year, paving the way for HBO to claim its record-extending 22 win in the category with “Bad Education.”

It may be hard to remember after the “Black Mirror’s” three-peat (for “San Junipero,” “USS Callister” and “Bandersnatch”), which followed “Sherlock’s” victory in 2016 for its special episode “The Abominable Bride,” but the Best TV Movie category used to be HBO’s domain (and well, it still is — no one else has double-digit wins). The network started off with a bang in 1993, triumphing in a tie for its films “Barbarians at the Gate” and “Stalin,” and then ran the table for the rest of the decade.

Since 2000, HBO has racked up 13 wins; besides the last four years, its other 21st-century losses occurred in 2000 (ABC’s “Tuesdays with Morrie” won), 2003 (TNT’s “Door to Door”) and 2011 (PBS’ “Downtown Abbey”). From 2011-13, the TV movie and limited series categories were merged, but HBO still managed to win in 2012 and ’13 for “Game Change” and “Behind the Candelabra,” respectively. When they were split again, HBO prevailed with “The Normal Heart” in 2014 and “Bessie” in 2015 — its most recent triumph. This is the longest the network has gone without a win in the category since its maiden dual awards.

But with the TV academy clamping down on standalone episodes competing in TV movie, HBO can reclaim its turf with the well-received “Bad Education.” After its premiere at the Toronto Film Festival last year, HBO shelled out a cool $17.5 million for the flick — the largest deal of the festival. Based on a true embezzlement scandal at a Long Island public school in the early 2000s, “Bad Education” premiered in April, and stars Hugh Jackman as school superintendent and scheme mastermind Frank Tassone and Allison Janney as his cohort Pam Gluckin, both of whom earned stellar notices for their performances as slick, corrupt con artists. The film itself also got high marks (no pun intended) from critics and fans alike.

Currently in second place in our odds, “Bad Education” trails “El Camino: A Breaking Bad Movie,” which could give Netflix a fourth straight win in the category. “El Camino” had a pretty underwhelming winter awards run — it only won the Critics’ Choice Award for TV movie, and star Aaron Paul was shut out everywhere — but we know the Emmys adored “Breaking Bad,” so any leftover love could help out out the sequel film.

Netflix has two other properties in our predicted top five, “American Son” in third and interactive special “Unbreakable Kimmy Schmidt: Kimmy vs. the Reverend” in fourth. Lifetime’s “Patsy & Loretta” is in fifth.

2013: “Behind the Candelabra” (category was merged with limited series)