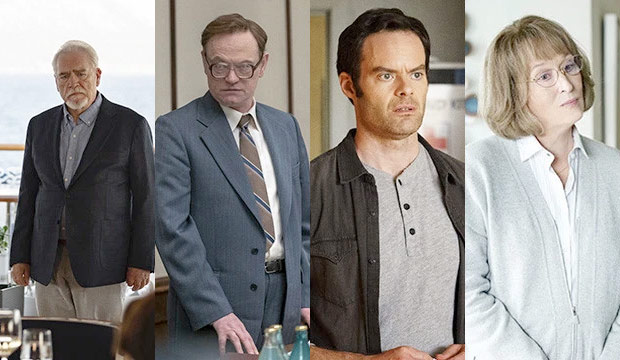 While streaming service Netflix continues to change the media landscape, it’s paycaster HBO that’s predicted to win the most TV Golden Globes at the 2020 ceremony. According to Gold Derby’s racetrack odds that combine the predictions of our Experts from major media outlets, website staff Editors and Users like you, HBO is poised to take home a whopping 6 of the 11 TV trophies that’ll be handed during NBC’s broadcast of the 77th Golden Globe Awards on Sunday, January 5. Of course, don’t feel too bad for Netflix as it’s predicted to walk off with some hardware over on the film side for “The Irishman,” “Marriage Story” and “Dolemite Is My Name.”

HBO’s “Succession” is the favorite to claim two statuettes for its red-hot family drama: Best Drama Series and Best TV Drama Actress for Brian Cox. Even though it was snubbed last year in these two categories (only getting recognized for supporting actor Kieran Culkin), the increased water cooler buzz for the second season won’t be ignored by the Hollywood Foreign Press Association.

“Chernobyl” is also expected to win a pair of matching trophies: Best Limited Series and Best TV Movie/Limited Series Actor for Jared Harris. The Emmys recently honored the true-to-life nuclear disaster program with the series prize, though Harris lost out to Jharrel Jerome (“When They See Us”), who was inexplicably snubbed by the Golden Globes.

SEE6 editors say ‘Succession’ will win Golden Globe for Best Drama Series, but 4 warn to watch out for ‘The Crown’

Rounding out HBO’s expected haul are two actors from nominated programs: Bill Hader as the comedy lead for “Barry” and Meryl Streep as a supporting player in “Big Little Lies.” While Hader has yet to take home a Golden Globe, Streep is of course a favorite of the HFPA, having previously won eight competitive trophies (plus the Cecil B. DeMille Award).

Next in line with three predicted victories is Amazon, and it’s all thanks to “Fleabag.” The second (and likely final) season of Phoebe Waller-Bridge‘s TV adaptation of her one-woman show is likely to go three-for-three at the Golden Globes for comedy series, lead actress (Waller-Bridge) and supporting actor (Andrew Scott).

Closing out the list of expected television winners are Apple TV+ and FX, both of whom are the odds-on favorites in one category. For Apple, get ready to see an old friend, Jennifer Aniston, walk up to the podium and accept a trophy as the dramatic lead of “The Morning Show.” And FX should see a repeat of its Emmy victory for movie/mini lead Michelle Williams (“Fosse/Verdon”).

Below, see the complete breakdown of the 11 Golden Globes TV races by network: