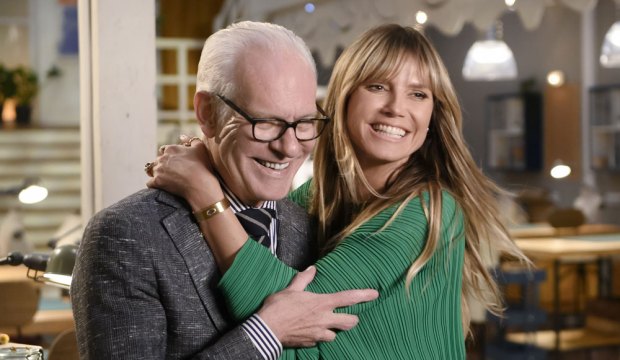 Heidi Klum and Tim Gunn were perennial Emmy nominees as hosts of “Project Runway,” contending together every year from 2013 to 2018, which was their last season before stepping down from the long-running fashion competition series. They came back this spring with a new series, Amazon’s “Making the Cut,” which means they’re back on the Emmy ballot for Best Reality Host. If they get back in with another nom, Klum will set a new record as the most nominated host of all time.

Klum was first nominated for Best Reality Host in 2008, the inaugural year for that award, but she lost three times in a row to Jeff Probst (“Survivor”). Then she fell out of the category in 2011 and 2012, but when she was entered for consideration alongside “Runway” mentor Gunn, they were nominated in 2013, and they even won that race. To date that still makes them the only hosting duo to prevail in that category. And they were nominated every year thereafter until they left the show.

SEE‘Making the Cut’ season 1 in review: Catch up on the entire globe-trotting fashion design series

That brought Gunn to a grand total of six nominations and Klum to a total of nine, which ties her with Tom Bergeron (“Dancing with the Stars”) as the category’s most nominated host. So if she’s nominated again this year she’ll stand alone as the category’s biggest nominee. Of course, Bergeron could keep up with her if he too is nominated again this year for “DWTS,” but he hasn’t earned a bid since 2016, so it may be more of an uphill climb for him to return to the television academy’s good graces.

As of this writing, Klum and Gunn are on the bubble with 30/1 odds according to the combined predictions of Gold Derby’s users, but four of the Expert journalists we’ve surveyed are currently betting on the “Making the Cut” hosts to make the cut: Eric Deggans (NPR), Tim Gray (Variety), Libby Hill (IndieWire) and Jazz Tangcay (Variety).

It can be hard for a new show to break into this category, even when it’s hosted by longtime favorites. After all, this category has been prone to winning streaks. The first four awards were all won by Probst, and the last four have gone to RuPaul Charles (“RuPaul’s Drag Race“). There’s also the fact that “Making the Cut” isn’t the only fashion show in town. They’re competing against their alma mater, “Project Runway,” which is now hosted by Karlie Kloss and Christian Siriano, and Netflix’s “Next in Fashion,” hosted by Tan France and Alexa Chung (“Next in Fashion” was ultimately cancelled, but is still Emmy eligible). Could those shows divide voters’ support?

So will the television academy welcome back Klum and Gunn, or is showbiz just as fickle as fashion? At the Emmys, one day you’re in and the next you’re out … and the day after that, maybe back in again.

'Making the Cut' cast: Who were the 12 designers competing on Amazon, when were they eliminated, and who won?