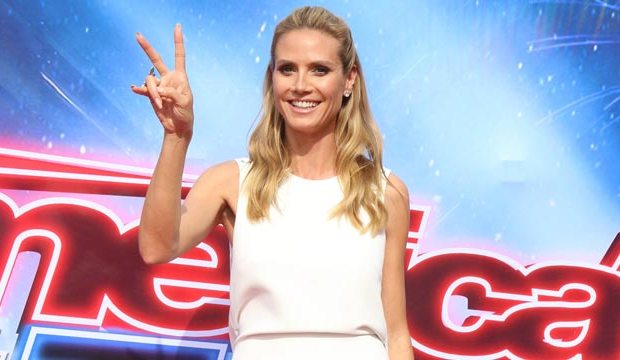 She’s baaack! Heidi Klum, who served as a judge on “America’s Got Talent” between 2013 and 2018, has officially returned to the franchise during Season 2 of “AGT: The Champions.” Klum joins regular judges Simon Cowell and Howie Mandel as well as “Britain’s Got Talent” alum Alesha Dixon in the second season, which debuts Monday, January 6 on NBC. “First of all, I have to say, thank you for having me back,” Heidi says at the start of the season premiere. “I love this show, I love this desk!”

SEE‘America’s Got Talent: The Champions’ cast photos: Meet the 40 returning winners and favorites for Season 2

“I missed the ‘America’s Got Talent’ family, because really it is a family,” Heidi continues on. “I can’t wait to get this party started!” Also back in top form is the show’s host with the most, Terry Crews.

Heidi was last seen as a judge on the first season of “AGT: The Champions” one year ago, which was won by close-up magician Shin Lim. “Champions” brings back popular “Got Talent” acts from around the world, with this season’s 40 acts hailing from countries like America, Australia, England, Holland, Italy and Myanmar.

Throughout her six years on the show Heidi anointed such memorable Golden Buzzer acts as Makayla Phillips, Angelina Green and Sal Valentinetti. She also had a memorable on-again, off-again “showmance” with comedian Taylor Williamson. Heidi’s fascination with the more obscure acts prompted her to proclaim her all-time favorite to be The Professional Regurgitator, the man who swallowed various items and then threw them back up on command.

We recently asked our readers if they were happy with Heidi’s return to the reality TV show, and a whopping 76% voted “yes.” The other 24% said “no,” because Heidi was never their fave to begin with. What do YOU think, “AGT” fans? Sound off down in the comments section.