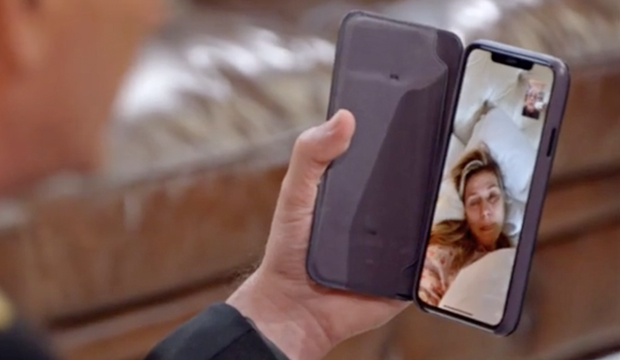 “America’s Got Talent” just isn’t the same with Heidi Klum out sick with a fever. Luckily the popular German judge was able to phone in with Howie Mandel during Tuesday’s fifth episode to give an update on her health. “It’s not the same here. How are you feeling physically?” Howie asked his bedridden co-judge. Heidi responded through sniffles that she’s “okay” and that she has everything she needs. She fell sick during the middle of the Season 15 auditions and was soon replaced on the judging panel by Eric Stonestreet. Heidi later tested negative for coronavirus.

“Are you drinking a lot of fluids?” Howie inquired. “Drink a lot of water. This is how I live my whole life, even when we’re not doing it. I always, if I have a fever, I’m in another house or I go stay someplace. Is there anything — I feel like we should do something.”

“No, I just wanted to say hi,” Heidi stated while surrounded by pillows and blankets.

Howie smiled back, “Aww. We love you and I’ll check in with you later. Okay? Feel better.”

Season 15 marks Heidi’s return to “America’s Got Talent” after temporarily sitting out of last summer’s cycle. She had been with the show since Season 8, when she and Mel B replaced a single judge, Sharon Osbourne. This season Heidi is sitting in between Howie and Simon Cowell, with new judge Sofia Vergara taking the fourth seat. Heidi is also a regular panelist on NBC’s spinoff series “AGT: The Champions.”

Luckily, before she took ill, Heidi was able to push her Golden Buzzer for soul singer Cristina Rae. Heidi originally wanted to “wait till next week or the week after” to press her Golden Buzzer, but changed her mind when she heard Cristina sing. “[She] is just belting it out and her range is like beyond crazy. I always go with my gut and my goose-pimples. Both were happening, so I had to go for it,” Heidi explained.