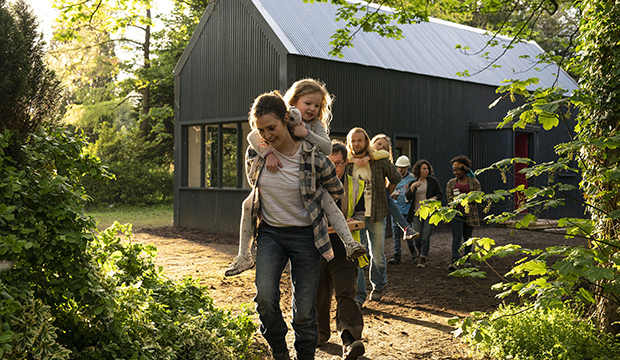 Nine years after directing Meryl Streep to an Oscar for “The Iron Lady,” director Phyllida Lloyd has returned with her new Amazon film “Herself.” It stars Clare Dunne, who also co-wrote the film, as a single mother whose struggles with the housing system emboldens her to build her own house. Things become complicated when her abusive ex-husband returns to attain custody of their children. Critics have made “Herself” the best-reviewed film of Lloyd’s career, with special praise for Dunne’s revelatory performance.

“Herself” is already making a splash ahead of its Dec. 30 release, with Dunne picking up a British Independent Film Award nomination for Best Actress and the film earning recognition from multiple festivals. If the momentum continues, one awards show that could take special notice is the Golden Globes. The group has been very kind to Lloyd’s past films, giving two nominations to “Mamma Mia!” and a win to Streep for “The Iron Lady.” Neither film had anywhere near the critical acclaim of “Herself,” so there is a chance for Lloyd to continue her streak at the Golden Globes.

While “Herself” does not yet have the visibility of other contenders in this awards season, that has not stopped other actresses from earning Globe nominations for smaller films in the past. Recent examples include Rosamund Pike in “A Private War” (2018), Emily Blunt in “Salmon Fishing in the Yemen” (2012), Rachel Weisz in “The Deep Blue Sea” (2012) and Helen Mirren in both “The Leisure Seeker” (2017) and “The Hundred-Foot Journey” (2014). Dunne doesn’t quite have the name recognition of those actresses, but the small membership of the Hollywood Foreign Press Association might just give her a fighting chance if enough voters see the film.

“Herself” will drop on Amazon on Jan. 8.