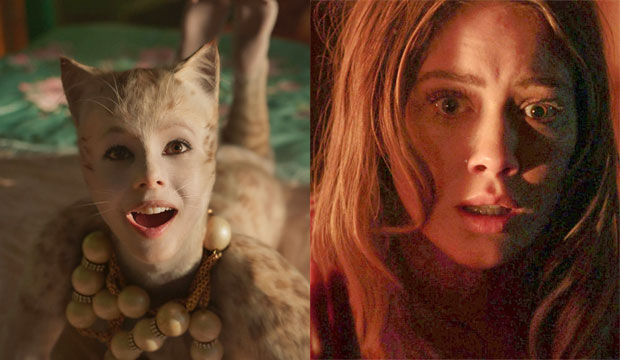 “Cats” looks like it’ll dominate the Razzie Awards this weekend, but there’s one category where it will probably be mercifully passed over: Worst Actress. The movie musical’s leading lady, newcomer Francesca Hayward, will be spared the ignominy of a win at these kudos. According to the combined predictions of Gold Derby users, Hilary Duff will win for playing the title role in “The Haunting of Sharon Tate” instead.

As of this writing Duff gets leading odds of 17/5 for playing the real-life film actress, who was the victim of a horrific murder by the Manson Family in 1969. That shocking crime was also the subject of an Oscar-winning film this year, “Once Upon a Time in Hollywood,” but this take was met with almost universal derision, scoring 8 out of 100 on MetaCritic and 19% freshness on Rotten Tomatoes for what RT describes as an “offensively exploitative” take on the tragedy.

“Haunting” is also nominated for Worst Picture, Worst Screenplay and Worst Reckless Disregard for Human Life and Public Property, but even though “Cats” has more than twice as many total nominations, Duff already has a history at the Razzies where Hayward doesn’t. The actress has been nominated three times before for Worst Actress: for “A Cinderella Story” and “Raise Your Voice” (2004), “Cheaper by the Dozen 2” and “The Perfect Man” (2005) and “Material Girls” (2006).

Duff is backed by a majority of the Expert journalists we’ve polled, most of the Editors who cover awards year-round for Gold Derby, and most of the Top 24 Users who got the highest scores predicting last year’s Razzie winners. And if anyone beats her it’s more likely to be Tyler Perry (“A Madea Family Funeral”), who has won this award twice before and is nominated by himself more times than “Haunting” is overall (he has five individual nominations to “Haunting’s” four).

Perry ranks second with 37/10 odds, and then Rebel Wilson (“The Hustle”) is third with 4/1 odds; Wilson is also nominated this year for her supporting role in “Cats,” so Razzie voters may be more inclined to take it out on her than British ballerina Hayward, who is a first-time offender. Hayward ranks fourth with 9/2 odds. Anne Hathaway also gets 9/2 odds for her jointly nominated performances in “The Hustle” and “Serenity.” Do you agree with most of our users that Hayward is safe?