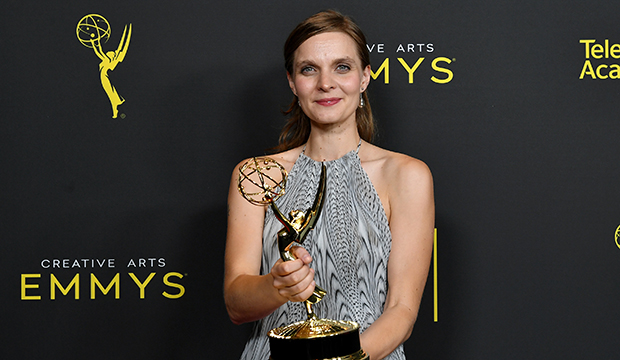 After becoming the first solo female composer to win a Golden Globe for original score, Iceland native Hildur Guonadottir is the ninth woman Oscar-nominated in the Best Musical Score category for her work on “Joker,” earning one of the 11 bids – the most for any 2019 release — for the comic-book-inspired drama starring Joaquin Phoenix.

The first woman to compete for a musical score Academy Award was Angela Morley, who collaborated with Douglas Gamley to adapt Alan Jay Lerner and Frederick Loewe‘s music for 1974’s “The Little Prince.” She would compete a second time with the Sherman Brothers with her adapted score for 1977’s “The Slipper and the Rose.” Marilyn Bergman would become the first-ever female winner in 1983 along with husband Alan Bergman and Michel Legrand, for Barbra Streisand‘s “Yentl.”

Two more Oscar-nabbing woman composers would follow: Rachel Portman for 1996’s “Emma” and Anne Dudley for 1997’s “The Full Monty.” Lyn Ahrens would also be cited for her music for the animated film “Anastasia in 1997.  Portman would go on to make the Oscar cut two more times, for 1999’s “The Cider House Rules” and 2000’s “Chocolat.” After a 16-year gap, Mica Levi would be nominated for her score for 2016’s “Jackie.”

Hildur already has built up quite a resume of film and TV work. She has contributed her cello music to three of director Denis Villeneuve‘s movies  — 2013’s “Prisoners,” 2015’s “Sicario” and 2016’s “Arrival — as well as for Alejandro G. Inarritu‘s 2015’s “The Revenant.” She recently won a Primetime Emmy for her score for HBO’s award-magnet miniseries “Chernobyl” and was honored for her “Joker” score at the Venice International Film Festival.

Hildur just took Best Score at the Critics’ Choice Awards for “Joker” and is also in contention at the British Academy Film Awards. Meanwhile, she could also be on her way to winning a Grammy in the category of Best Score Soundtrack for Visual Media.

Backstage at the Golden Globes, Hildur addressed how female composers have been treated by the industry, saying, “I’ve definitely noticed a bit of weariness sometimes in the last decade or so to trust women for these bigger projects. But I believe because of the awareness raised in the last couple of years about the position of women in the industry, I have definitely benefited a lot from that. I think people are just a bit more open toward trusting women.”