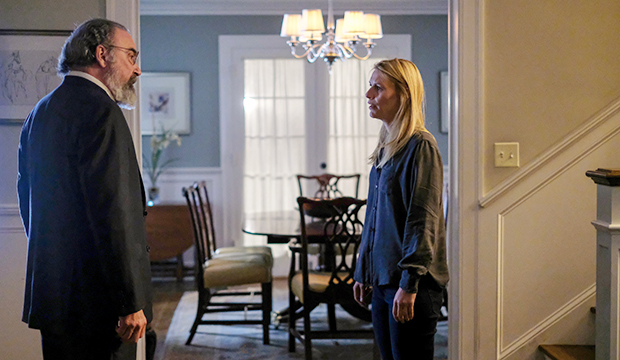 Danes returned to the Emmys 15 years after her inaugural bid for her turn in the 2010 HBO film “Temple Grandin,” winning Best Movie/Mini Actress. Her other five Emmy citations (2012-16) are for her role as Carrie Mathison on “Homeland,” for which she won on her first two tries, making her a three-time Emmy champ. This past decade, she was the only actress to achieve back-to-back victories in her category, and the only one besides Julianna Margulies (“The Good Wife”), who triumphed in 2011 and ’14, to win twice for the same role.

It’s been four years since Danes’ last nomination, which is her biggest hurdle this year. It is common for actors to return for their show’s final season after missing for its penultimate one, but rather rare for someone to pull off the same feat after being omitted twice. The good news for Danes is that, although “Homeland’s” last nom for Best Drama Series was also in 2016 (for its fifth season), the show hasn’t completely fallen off the Emmy radar. Both its sixth and seventh seasons raked in three bids apiece, with Patinkin scoring mentions for both (2017-18) and F. Murray Abraham earning a Best Drama Guest Actor nomination in 2018.

Despite critical and audience acclaim for its farewell installment, “Homeland” might have a difficult time reclaiming its spot in the drama series lineup. As Danes was able to hold on to her nom in 2014 when the show couldn’t crack Best Drama Series for the first time (for its third season), this might not necessarily be a disadvantage. She couldn’t achieve the same coup for the show’s six and seventh installments, but this being “Homeland’s” final go-around could give her the additional push she didn’t have on her last two tries.

Presumed a Russian operative following seven months of captivity in Russia, Carrie undergoes yet another tumultuous season as she finds herself under strict surveillance by the country to which she’s proven her loyalty time and time again. After U.S. President Warner (Beau Bridges) and Afghan President Daoud (Christopher Maleki) are killed when the former’s helicopter Chalk Two crashes during his Afghanistan visit, the immediate suspects are Taliban soldiers, who have shot down a second helicopter. Carrie tries to get hold of the helicopter’s flight recorder, aware that its content could prevent the foreseeable bloody war between Pakistan and the United States.

For one last time, Danes gets to unpack her ability to portray someone who is walking a tightrope, putting you directly in Carrie’s shoes, so much so that you feel the full effect of the duress under which she finds herself. The second half of the season serves as a showcase for Danes since Carrie witnesses and mourns Max’s (Maury Sterling) tragic death after he, bearing the flight recorder, is taken hostage and later killed by the Taliban.

When the flight recorder then lands in Russian hands, Carrie is forced to make a compromise to obtain it: She has to seek out and hand over the identity of Saul’s (Patinkin) Russian asset, whom Saul is unwilling to give up. This leads to immeasurable tension with Saul, and thus, a two-hander between Danes and Patinkin, in which both brilliantly play off each other. After Carrie is forced to betray Saul’s trust and unveil his asset’s name, Anna Pomerantseva (Tatyana Mukha), to the Russians, a two-year time-jump places her in Russia, where she secretly takes over the role of Saul’s asset, carrying out what she’s always done: serving her homeland at all costs.

Unlike Danes, Patinkin was an Emmy champ straight out of the gate, winning for “Chicago Hope” in 1995, his only triumph to date. He followed up with noms in Best Comedy Guest Actor for “The Larry Sanders Show” in 1996 and in Best Drama Guest Actor for “Chicago Hope” in 1999 (when he only recurred on the CBS medical drama). His other four nominations are for his turn as Saul Berenson on “Homeland” in Best Drama Supporting Actor (2013-14 and 2017-18).

Between him and Danes, he might have the better shot at returning, as he was able to sneak in for the sixth and seventh seasons when Danes and the show itself couldn’t. Currently, Jonathan Banks (“Better Call Saul”), Billy Crudup (“The Morning Show”), Kieran Culkin (“Succession”), Tom Pelphrey (“Ozark”), Bradley Whitford (“The Handmaid’s Tale”) and David Harbour (“Stranger Things”) are the forecasted nominees in our combined odds, while Patinkin sits in eighth place. Bar Harbour, all aforementioned actors are contending for shows that are also expected to be shortlisted for Best Drama Series, which could hurt Patinkin. But that didn’t stop him in 2017 and ’18 when he was included as the only nominee from a non-nominated series.

“Homeland’s” final season ended April  26, putting it top of mind for voters. Only Banks and Pelphrey could similarly benefit since theirs are the only other shows to have aired in 2020 (“Saul’s” fifth season concluded the end of April and “Ozark’s” entire third one was released the end of March). Plus, “Homeland’s” final installment was arguably Patinkin’s very best, placing him front and center, as Saul, now a National Security Advisor, leads the effort to end the war in Afghanistan. His relationship with Carrie is complicated, as, like always, he wants to trust his friend and former colleague’s instinct, but is aware of the limits to which he can. In Patinkin’s earlier scenes opposite Danes, he puts this inner conflict on display in his expression of apprehension, well aware that Carrie’s recklessness (or for her, tenacity) could put her and everyone else in an uncomfortable position.

The actor’s juiciest material comes in the final two episodes, which flash back to when Saul meets Anna in 1987 Berlin. When Carrie’s aforementioned action leads to Anna being compromised, Anna asks for Saul’s permission (on the phone) to take her own life before she can get in Russian hands. When she pulls the trigger, we witness a never-before seen reaction from Saul: complete heartbreak. At long last, Patinkin was given the opportunity to peel off final layers of his character by unloading his vulnerability. If nominated, he might capitalize on goodwill for eight seasons worth of consistently great work and finally take home his first statuette for this role.