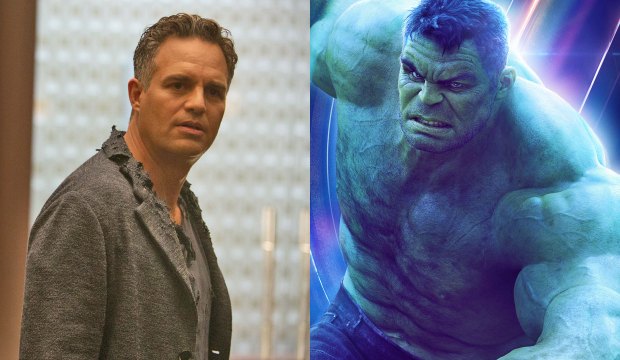 HBO’s six-part limited series “I Know This Much is True” is painful, raw and agonizing. What likely will keep you watching the series about deeply troubled identical twin adult brothers is the actor who brings them both to life — Mark Ruffalo. As paranoid schizophrenic Thomas, who chops off his hand to please God, he is a fount of anxiety, reserved and openly honest. As Dominick, Ruffalo is prone to angry, volatile outbursts as he tries to act as an advocate for his mentally ill brother.

SEERosie O’Donnell interview: ‘I Know This Much is True’

Ruffalo fans may sense something familiar about his dual TV roles onscreen. They might experience flashbacks to his more mainstream double-duty role in the Marvel Cinematic Universe as scientist Bruce Banner, whose wayward experiment causes him to transform into the massive angry green creature known as the Hulk whenever he is in mortal danger or his heart rate zooms. Two other actors previously played the superhero in stand-alone films, Eric Bana in 2003’s “Hulk” and Edward Norton in 2008’s “The Incredible Hulk.”

But Ruffalo has inhabited both characters ever since 2012’s “The Avengers” with the aid of motion-capture and facial animation systems when comes to his super-sized appearance. Since then, he has shown up in 2015’s “Avengers: Age of Ultron,” 2017’s “Thor: Ragnarok,” 2018’s “Avengers: Infinity War” and 2019’s “Avengers: Endgame.”

Initially, the actor said of his giant brute persona, “He’s a loose canon.” But in the “Age of Ultron,” Banner and the Hulk were afraid of one another and had to come to terms with their relationship. By “Endgame,” the emerald superhero had “a swagger,” according to the actor, and was “much more of a character than a green rage machine.”

In “I Know This Much is True,” Ruffalo played both brothers with actor Gabe Fazio (who also plays a weight-lifter at a gym) as a stand-in when the twins were in the same scene. Ruffalo shot all his scenes as Dominick first after losing 15 pounds. He then packed on 30 pounds for his portrayal of Thomas. The final episode of the show airs on Sunday, June 14, and concludes on a hopeful note. Right now more than 1,100 users in Gold Derby’s combined prediction odds are picking him to win an Emmy for Best Movie/Limited Actor.

SEEWhich ‘I Know This Much is True’ actress will the Emmys nominate?