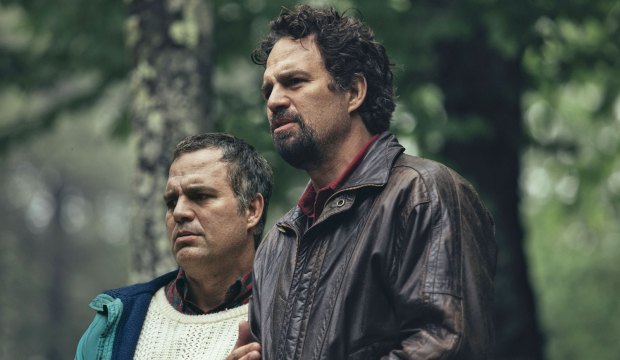 HBO’s six-part limited series “I Know This Much is True” premiered on Sunday night, May 10, starring Mark Ruffalo as twin brothers struggling with mental illness, relationships and more. It’s written and directed by Derek Cianfrance (“Blue Valentine,” “The Place Beyond the Pines”) and adapted from the novel by Wally Lamb, which was once an Oprah Winfrey book club pick. So how do critics think it turned out?

SEEWhich ‘I Know This Much is True’ actress will the Emmys nominate?

As of this writing the series has a MetaCritic score of 65 based on 23 reviews counted so far: 11 positive, 11 somewhat mixed, and only 1 outright negative. Over on Rotten Tomatoes, which classifies reviews simply as positive or negative, the series has a 74% freshness rating based on 42 reviews, 11 of which are rotten. The RT critics’ consensus summarizes the reviews by saying, “Despite strong performances from Mark Ruffalo, ‘I Know This Much is True’ is relentlessly grim, making it a difficult watch.”

That sums up many critics’ observations. There is no shortage of adulation for the cast. Ruffalo’s performance in dual roles is being described as “astonishing,” and the supporting players including Rosie O’Donnell, Kathryn Hahn, Melissa Leo, Archie Panjabi and Rob Huebel are also “extraordinary,” “riveting,” “stellar” and “impeccable.” But the “feeling of gloom” is challenging at a time when the national mood is already pretty dour due to the coronavirus pandemic. It’s still “arresting” even if it’s not uplifting, though.

Ruffalo is a major Emmy contender for Best Movie/Limited Actor, where he was also nominated six years ago for his role in “The Normal Heart,” which also aired on HBO. He also won Best TV Movie as a producer of that film. Cianfrance doesn’t have an Emmy track record since this is his first scripted TV project, but he previously directed Michelle Williams to a Best Actress Oscar nom in “Blue Valentine” (2010), for which Ryan Gosling was also nominated for a Golden Globe.

What do you think of “I Know This Much is True”? Check out some of the reviews below, and join the discussion on this and more here with your fellow TV fans.

SEEKathryn Hahn on her busy TV season with ‘Mrs. Fletcher,’ ‘I Know This Much Is True,’ ‘Transparent,’ ‘Central Park’ [EXCLUSIVE VIDEO INTERVIEW]

Sheila O’Malley (RogerEbert.com): “‘I Know This Much is True’ is filled with riveting performances, and not just from Mark Ruffalo, one of our best actors, astonishing here in a double role as twins Dominic and Thomas Birdsey. Everyone, from supporting characters on down to actors who show up in just one scene, is so good that it’s a joy to sit back and watch.”

Melanie McFarland (Salon): “Within that depressing murk looms the enticement of extraordinary performances by the whole cast, Ruffalo above all owing the hefty amount of screen time devoted to his portrayal of the twins, Dominick much more than Thomas. But even the preponderance of focus on his work doesn’t dim the extraordinary, heartfelt work displayed here by Rosie O’Donnell and Kathryn Hahn.”

Ines Bellina (The A.V. Club): “The narrative is relentless when it comes to its misery, and the visual choices only double down on the perpetual feeling of gloom. Cianfrance, who wrote and directed all six episodes, is an expert at setting a sorrowful mood, and he doesn’t hold back … ‘I Know This Much Is True’ may not be an enjoyable watch, but it still manages to be an arresting one, thanks to the stellar performances of an impeccable cast.”

Lucy Mangan (The Guardian): “There is little light and shade, and no wider, deeper commentary to be had. The strength of all the performances — Ruffalo’s of course, but also Kathryn Hahn as his still-loving ex-wife, Rob Huebel as her new partner and Dominick’s friend, Melissa Leo as the twins’ downtrodden mother … and Archie Panjabi as Thomas’s new psychiatrist — makes it worth watching. But any averagely empathic person will already know all the truth that is to be found here.”