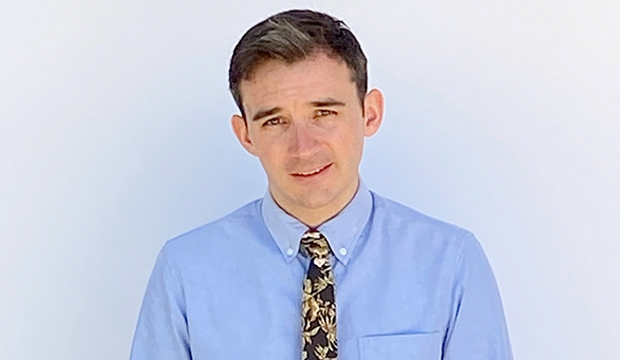 “I am just enraged!” screamed Ian Terry at the end of Tuesday’s episode of “Big Brother 22.” The former winner had a full-blown temper tantrum in the Diary Room, kicking at something off-camera and rubbing his head as he asked, “Like, how f***ing stupid can she be? J**** ch****!” Now either Ian or Tyler Crispen will be evicted on Thursday night.

Let’s rewind. Ian was put up as a replacement nominee by Head of Household Dani Briones after Da’Vonne Rogers used the Veto to save Kevin Campbell from the block. That meant Dani had to put up a fourth nominee for the week (David Alexander saved himself thanks to the Disruptor power), and she chose Ian as she was in alliances with everyone else. “I think this might go the way she doesn’t want it to,” Ian sighed.

“I told everyone Tyler is my number one target,” Dani explained to the camera, referencing her Veto meeting speech in which she said she’d be “campaigning fully” against him. “In fact, I said that to convince Ian that he is 100% safe because at this point in the game it would be foolish of me to go against the Committee.” So if we take her word for it, that means Ian will indeed be going home this week … unless something crazy happens in the next 48 hours.

Dani begged Da’Vonne not to use the power to save Kevin, as doing so would mean Dani getting even more blood on her hands. But Da’Vonne chose to chart her own course in the game. “I’m sorry that this move does not work with your game,” she proclaimed in the DR, “but I came here to play for Da’Vonne.” She continued, “I finally got my first taste of power in this house and I loved it, so hold on to your wigs, ladies. This won’t be the last time.” Indeed, after three seasons playing “Big Brother,” Da’Vonne finally won her first challenge.

SEE‘Big Brother 22’s’ Bayleigh hopes Tyler didn’t use Black Lives Matter for game: ‘If he did use that maliciously, that would be pretty bad’

While Tyler noted in the Diary Room that he still doesn’t know Dani’s “true intentions,” he added, “I’m on the block against a former winner and I’m hoping that helps my chances to stay. And if I stay, Dani, I can forgive but I cannot forget, and I’ve got my eye on you moving forward.”

Ian’s best buddy Nicole Franzel was teary-eyed when Dani put him up on the block, crying that Dani had “other options” when really she didn’t — literally everyone else in the house was in an alliance with her. Nicole could have volunteered to go up as a pawn against Tyler to protect Ian, but she didn’t.