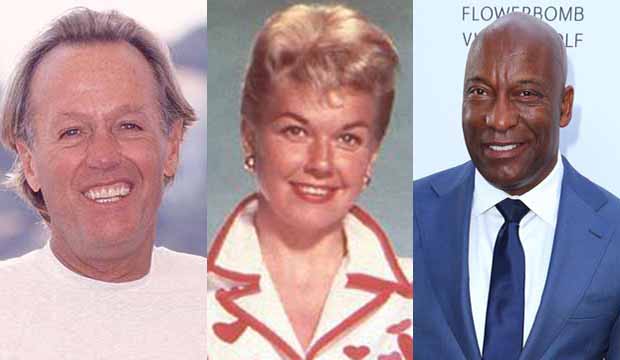 One of the most significant additions to the Academy Awards ceremony around 30 years ago has been the In Memoriam segment. Producers find the perfect blend of music (possibly Billie Eilish or Janelle Monae, who have both been announced for TBA performances), photos and clips for the short annual presentation.

Which of the past Oscar winners and nominees from many different branches will be featured this Sunday, February 9, on the Oscars 2020 ceremony for ABC? Some of the most likely to be included will be acting nominees Danny Aiello, Diahann Carroll, Doris Day, Kirk Douglas, Peter Fonda, Robert Forster, Sylvia Miles, Michael J. Pollard and Rip Torn. How about major creatives such as Stanley Donen, Robert Evans, Buck Henry, Andre Previn and John Singleton?

Visit our own Gold Derby memoriam gallery for the year of 2019 and the just launched gallery for 2020.

Over 100 people in the film industry, many of them academy members, have passed away in the past 12 months. Not all can fit in the short allotted time available so which of the following 50+ names will also be featured in the televised tribute?