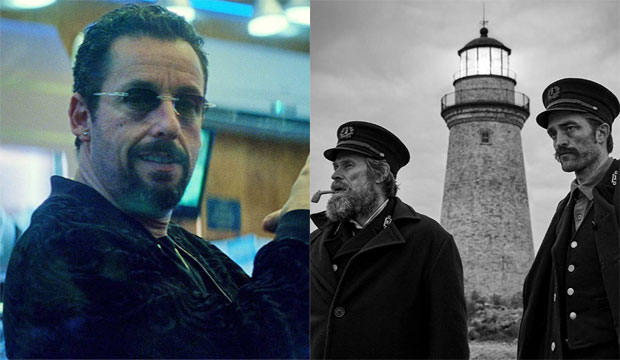 Best Director at the Independent Spirit Awards will be an A24 smackdown according to our predictions: sibling filmmakers Benny Safdie and Josh Safdie (“Uncut Gems”) vs. Robert Eggers (“The Lighthouse”). So who’s got the advantage?

As of this writing the Safdies are the front-runners with leading odds of 16/5. They’re supported by the majority of the Expert journalists we’ve polled from top media outlets as of this writing, almost all of the Editors who cover awards year-round for Gold Derby, 22 of the Top 24 Users who got the highest scores predicting last year’s Spirit Awards, and 21 of the All-Star Top 24 who got the highest scores when you combine prediction results from the last couple of years.

SEEWill Robert Pattinson (‘The Lighthouse’) pull off an upset at the Independent Spirit Awards? These top users say yes

“Uncut Gems” has a leading five nominations at the Spirit Awards. Besides that, the Safdies are darlings at these kudos with a past Best Director nomination for “Good Time” (2017), and they won the John Cassavetes Award for ultra-low-budget filmmaking for “Go Get Some Rosemary” (2010). Benny was even nominated for his acting performance in “Good Time.”

This film is also the Safdies’ biggest awards contender yet beyond the Spirit Awards. It was nominated for Best Picture, Best Director and Best Actor (Adam Sandler) at the Critics’ Choice Awards. And though the film didn’t end up with any Oscar nominations, this film probably came closest among these Spirit nominees for Best Director, and since winners are decided by anyone who pays $95 per year to be a member of Film Independent, the most Oscar-buzzed nominee in any given category tends to win.

So it’s a done deal for the Safdies, right? Not necessarily. Eggers’s work on “The Lighthouse” is currently predicted to win by Expert Susan King (Gold Derby), Editor Paul Sheehan (Gold Derby), two of our Top 24 and one of our All-Stars. The visually audacious “Lighthouse” is arguably the most directed movie in the category, and Eggers is a Spirit Awards fave too, having won Best First Feature and Best First Screenplay for “The Witch” (2016).