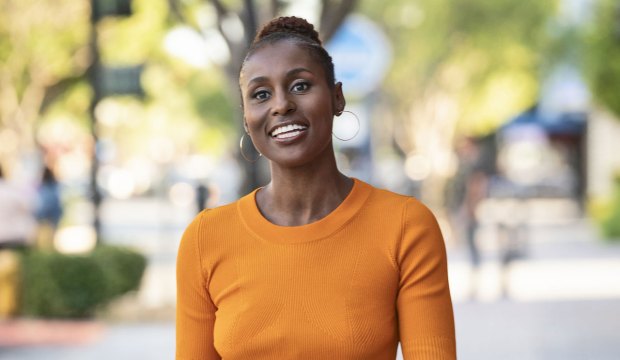 Issa Rae broke out in the fall of 2016 when her HBO series “Insecure” premiered. She earned a Golden Globe nomination right out of the gate, but it took her until 2018 for her to receive her first Emmy nomination for Best Comedy Actress for the show’s second season. She didn’t quite make the cut in 2019, but there’s a good chance for her to make a comeback in 2020.

Rae co-created the show with Larry Wilmore and is a writer and producer as well as the lead actress, which makes her a lot like other Emmy favorites who contribute to their shows behind-the-scenes including past Best Comedy Actress nominees Lena Dunham (“Girls”), Amy Poehler (“Parks and Recreation”) and Pamela Adlon (“Better Things”) and Best Comedy Actress winners Tina Fey (“30 Rock”) and Phoebe Waller-Bridge (“Fleabag”).

And her timing is better than ever. Season one of “Insecure” aired during the fall of 2016, many months before Emmy voting took place the following summer, which may bee partly why she was overlooked. The second season aired even earlier in the eligibility period (July through September 2017), but she still managed a surprise nomination in the summer of 2018.

Season three was also a summer premiere (August through September 2018), and the following spring there was a glut of high-profile contenders who grabbed attention at the last minute, including first-season contenders Natasha Lyonne (“Russian Doll”) and Christina Applegate (“Dead to Me“), six-time winner Julia Louis-Dreyfus (“Veep”) returning for her final season, and the aforementioned Waller-Bridge. That may have crowded Rae out of the conversation.

SEEMidge vs. Moira: Rachel Brosnahan and Catherine O’Hara are in a near dead heat in our comedy actress Emmy odds

But season four of “Insecure” is the first season airing during the spring: it premiered in April and will conclude in June, so the show will be fresher in voters’ minds than ever before. And half of last year’s nominees are sitting this one out: “Russian Doll” won’t be back with new episodes in time, while both “Veep” and “Fleabag” are off the air. That opens the door again for Rae. And there’s time for academy members to watch it since the coronavirus pandemic has shut down TV productions across the industry.

As of this writing five of the Expert journalists we’ve polled from top media outlets say Rae will be nominated: Ed Martin (Media Village), Jazz Tangcay (Variety), Anne Thompson (IndieWire), Ken Tucker (Yahoo) and Matt Webb Mitovich (TVLine). So is her spot at the Emmys more secure than we’re giving her credit for?

MAKE YOUR PREDICTION: Who will win Best Comedy Actress?
To save your prediction, you must log in to Gold Derby. Click here to sign in with existing account -- or create a new one.
PREDICTthe 2020 Emmy nominees now; change through July 28