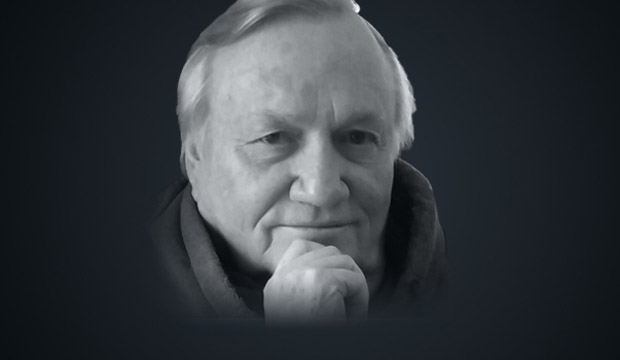 Jack Mathews‘ colleagues remember the late, great film critic as a titantic industry figure who not only knew his Oscars, but was “charmingly unflappable” and “brilliantly funny.” Jack, who died Wednesday at age 80, contributed predictions and articles to Gold Derby for 20 years. We asked some of his peers to share their thoughts upon his passing.

Claudia Puig, film critic: “I had the good fortune of working with Jack at the L.A. Times, in the Calendar section. He was supremely knowledgeable about film and the entertainment industry, dryly funny, ever-professional and charmingly unflappable. Put simply, he was the ideal colleague and a prince of a guy. He will be sorely missed.”

Thelma Adams, veteran journalist: “Jack and I sparred about movies and the Oscars since the olden days when New York still had multiple vital tabloids – and he was at the Daily News and I was at the rival New York Post. To quote the end of one of his favorite movies, ‘Some Like it Hot’: ‘Nobody’s perfect.’ But some people, like Jack, were close.”

Sasha Stone, AwardsDaily: “In the early days of my website Jack was one of the first people to listen to me and take me seriously. He was brilliantly funny and will be remembered well.”

Tony Angellotti, Oscar consultant: “Jack Mathews was one of the fairest, most honest, confident people I ever knew. Not just as an editor, or author, or pundit, but as a human being. I loved working with Jack, going back to his days at the L.A. Times and beyond. After he moved to Oregon, I kept in regular touch with him, not for any work reasons, but because I missed him. And his dry sense of humor. This past awards season I was emailing with him routinely, not because he was a pundit, but, again, because I missed him. I’m heartbroken to hear he passed, and heartbroken we didn’t get to say goodbye.”

Cynthia Swartz, awards consultant: “I am devastated by the loss of Jack Matthews. I got to know him at the L.A. Times, but really spent time with him when he became the film critic for Newsday, living far away from the city. He was always so smart and just fun to be with.”

Anne Thompson, Indiewire: “Jack and I were mutually respectful competitors on the film circuit — we‘d debate Oscars and box office and Terry Gilliam (he wrote the excellent showbiz book ‘The Battle of “Brazil”’). We were together when the nominations for the 1992 Oscars came through. Our eyes locked as we agreed on the Best Picture winner: ‘The Silence of the Lambs.'”

Paul Sheehan, Gold Derby: “I was lucky enough to get the articles that Jack sent in for us to run. He would always tell me to feel free to edit them, but they were perfection.”

Susan Wloszczyna, Gold Derby: “Jack was an old school critic in the best possible way. When I started at U.S.A. Today as an assistant entertainment editor and a copy editor in the early ‘80s, I was supposed to edit his copy. But no one really needed to edit his copy. I do recall he wrote a naughty alternative review of ‘Staying Alive’ that presumed certain things about Travolta and Stallone that weren’t PC, but were very funny. He liked to interview and hang out with manly men stars like Clint Eastwood, Burt Reynolds and Paul Newman. He wrote a highly regarded book called ‘The Battle of “Brazil”‘ about the Terry Gilliam-directed film that really put him on the map. I would run into Jack at screenings while covering the Toronto film festival and we would catch up. Some of the things I liked when I joined Gold Derby were the articles he would write for the site come Oscar time. We exchanged some emails back and forth and now I wished we connected more.”

Susan King, veteran journalist: “When I started at the Times 30 years ago, he was friendly and sweet. It was a pretty intimidating place filled with several snobs who wouldn’t give you the time of day. But he did as well as assignments!”