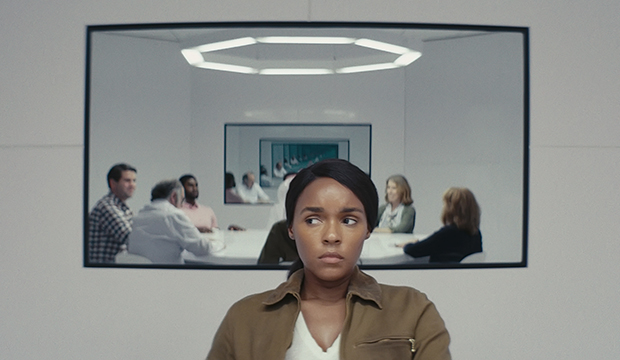 Grammy-nominated singer Janelle Monae successfully walked the “tightrope” into the acting arena in 2016 when she appeared in two of the years most acclaimed films, “Hidden Figures” and “Moonlight.” Four years later, her star continues to rise as she makes the move to leading lady in the feature film “Antebellum” and the second season of Amazon Prime Video’s TV series “Homecoming.” In the latter she plays Jackie, a woman who wakes up alone in a boat with no memory of how she got there. And that role could land the entertainer her first Golden Globe nomination.

As of this writing, Monae is ranked eighth in our Golden Globes TV odds for Best Drama Actress, but she’s on an upward trajectory. The series isn’t unfamiliar to the Hollywood Foreign Press Association, which nominated the first season for three awards in 2019, including Best Drama Series and Best Drama Actress for Season 1 star Julia Roberts; the “Pretty Woman” star ended up losing to Sandra Oh for “Killing Eve.”

Monae left her own unique imprint on Season 2. In an interview with Gold Derby earlier this year, Monae described bringing a new perspective to the series. “It was super important that it felt very natural,” she explained. “And that it was layered and it was nuanced, and that it was able to pull you in as this person goes on a journey of self-discovery.”

SEE ‘Homecoming’s’ Janelle Monae on the mystery that ‘leaves us questioning not only the characters, but ourselves’ [EXCLUSIVE VIDEO INTERVIEW]

The second season of the psychological thriller deviates from the podcast created by Eli Horowitz and Micah Bloomberg, which inspired the series. Along with Monae, Oscar winner Chris Cooper and Oscar nominee Joan Cusack join the cast, and the storyline shifts to explain how the Geist Initiative developed a drug that could wipe away painful memories. Hong Chau and Globe nominee Stephan James reprised their roles from Season 1.

Monae has been no stranger to accolades since making the shift from music to acting. In addition to several critics prizes for her breakout roles in “Moonlight” and “Hidden Figures,” she won a Screen Actors Guild Award for the latter as part of the ensemble. She has also been celebrated for her supporting role in the 2019 Oscar-nominated film “Harriet,” earning bids from the NAACP Image Awards, Black Reels and Queerties. The Women Film Critics Circle honored Monae with the Invisible Woman Award in 2019.

Olivia Colman is currently favored to repeat her 2020 Globe win for playing Queen Elizabeth II on “The Crown,” with 10/3 odds. Other top contenders include Laura Linney in “Ozark” (9/2), Jurnee Smollett in “Lovecraft Country” (9/2), Sarah Paulson in “Ratched” (5/1), Jodie Comer in “Killing Eve” (7/1), Oh (70/1) and Caitriona Balfe in “Outlander” (33/1). Can Monae make the cut and earn her first Golden Globe nomination for “Homecoming”? 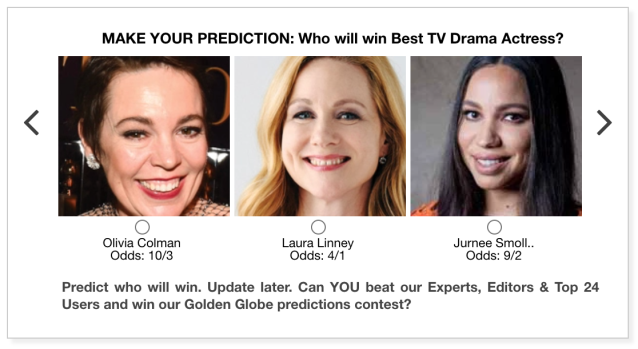