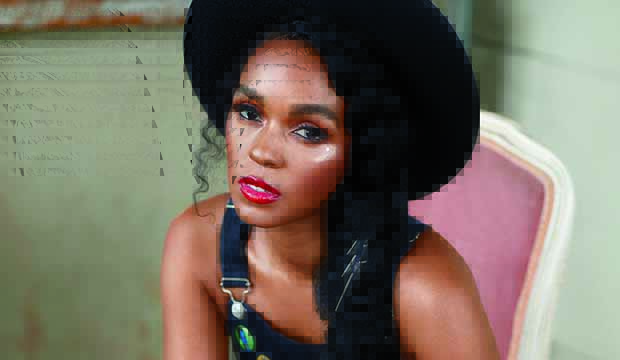 Singer-songwriter Janelle Monae‘s acting career has been on fire in 2020 with the release of her latest film, “Antebellum” and her leading role in Season 2 of Amazon Prime’s TV series “Homecoming.” Now the SAG Award winning actress (“Hidden Figures”) returns to music, partnering with HBO to deliver a state of the art virtual reality concert in celebration of the season finale of “Lovecraft Country.” The event, titled “Music of the Cosmos” will air on October 19 at 10:00 p.m. ET following the finale of “Lovecraft Country” on October 18.

According to a press release from HBO, “In the first-of-its-kind, groundbreaking social VR experience, 100 select influential voices have experienced a series of events consisting of immersive theater, escape rooms, art installations and puzzles via the Oculus Quest headset. The final event is a virtual reality concert given by Janelle Monae, eight-time Grammy nominated singer-songwriter, leading film and TV actress and record producer, who will be giving fans an out of this world performance, and her fist ever performance in virtual reality.”

Monae said in a statement of her own, “I’m so excited to partner with HBO and The Mill to pioneer the future of concert experiences in Sanctum. I always strive for innovation, and this project gives me the special opportunity to celebrate ‘Lovecraft Country,’ a show I’m a huge fan of, and connect with fans in a completely new way using virtual reality. This is the perfect platform to explore the impact of music and movement in anew dimension designed to celebrate Black art, stories and voices.”

Inspired by the 50’s Chicago block party featured in the first episode of “Lovecraft Country,” “Music of the Cosmos” takes you to the block party set in a virtual world. Using techniques like projection mapping and dynamic, interactive set design, the concert will see Monae control the space with her performance. All aspects of the environment from the choreography and set design, to the lighting, will interact in a way that wouldn’t be possible within a traditional concert set-up.

You can view “Music of the Cosmos” featuring Janelle Monae on YouTube Live beginning at 10 p.m. ET on October 19.