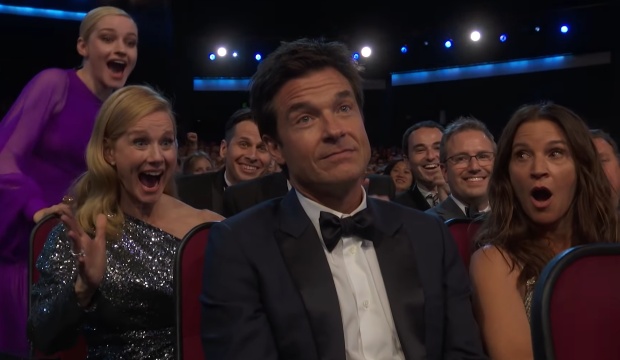 Jason Bateman won Best Drama Directing for “Ozark” last year, but was not even on that ballot for its third season this year. Bateman instead appeared on the Best Drama Directing ballot for the pilot of “The Outsider,” the new drama that brought in big ratings for HBO, but came up short for Emmy nominations. He gave up an easy nomination by not continuing to submit in the race for “Ozark,” a curious slight against a show that is perceived to be his baby, given his additional roles as its lead actor and executive producer. But by stepping aside, Bateman has shifted the focus to the others Netflix submitted in his place for “Ozark” in the Best Drama Directing race.

“Ozark” is now nominated there for the work by fellow producing director Alik Sakharov, as well as camera operator Ben Semanoff, who sits in the director’s chair for one episode each season and is ineligible for an Emmy nomination under his normal position because there is no Best Camera Operation award. (Semanoff has been nominated both times that he has been eligible for “Ozark” at the Society of Camera Operator Awards.) Bateman was the only “Ozark” director nominated for the second season, although three others submitted themselves for consideration alongside him.

The other reason to push “The Outsider” is that it is also Bateman’s baby, on which he likewise serves additionally as an actor and executive producer. “Ozark” is a well-oiled machine at this point that has already collected at the Emmys, whereas Bateman was instrumental this past season in shepherding “The Outsider,” assembling its cast and establishing its look.

Joey (Jill) Soloway faced a similar dilemma and reached the same conclusion when the third season of “Transparent” contended at the 2017 Emmys. Soloway had won Best Comedy Directing for the first two seasons, then did not submit for the third season in order to enter the pilot of “I Love Dick,” another show on which Soloway served additionally as creator and executive producer. “I Love Dick” was not nominated in any category, nor did “Transparent” return to the Best Comedy Directing lineup.

These gambles are admirable (and titillating for awards fans), but Bateman now finds himself sitting out of a race in which he would have been the default front-runner if not for the Emmy rules specific to the Best Directing and Best Technical Direction categories that prohibit an individual from multiple submissions. No such limitation exists for categories like Best Comedy Guest Actress, where Maya Rudolph is nominated for both “The Good Place” and “Saturday Night Live,” or Best Prosthetic Makeup, where Vincent Van Dyke is nominated for “American Horror Story,” “Hollywood” and “Picard.”

The snub could be a blessing in disguise if it focuses support for Bateman’s other nominations. His Best Drama Guest Actor bid represents the only nomination for “The Outsider” and a win there could serve to recognize his cumulative contribution to that series. Without the opportunity to receive votes for directing “Ozark,” there could be a groundswell to acknowledge him for that show finally in the Emmys’ Best Drama Actor or Best Drama Series category.