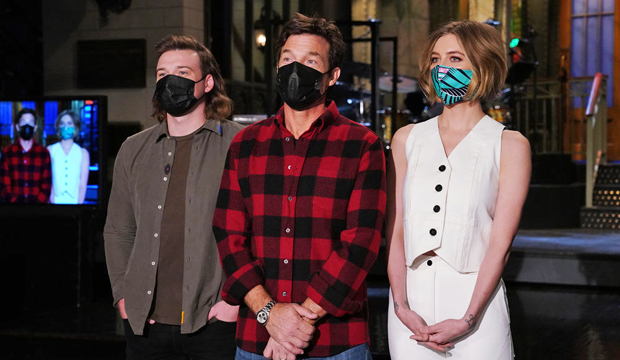 Bateman recalled there was a sketch called “Monkeys Throwing Poop at Celebrities” in which a real chimpanzee named Mikey was present. During the goodnights at the end of the episode, the chimp was on stage with Bateman and the “SNL” cast. Bateman bent down to congratulate him on a job well done, at which point Mikey almost bit his face and swiped at him. Meanwhile, half the cast didn’t even seem to be aware of what happened, joyfully hugging each other. “I’m smiling but inside I’m thinking, ‘A monkey just attacked me and nobody cares. They just keep hugging!'” recalled Bateman, 15 years later. Real footage was shown of the incident, with Bateman noting to the audience that this wasn’t a made-up story.

Later that night, Bateman was told by the animal handler that Mikey wanted to apologize for his behavior. “My first thought was, ‘This is a trap. He wants more. He’s still snacky,” quipped Bateman. Yet, as a believer in second chances, the actor went backstage at which point the chimp shuffled over and put his hand on Bateman’s shoulder, “as if to say, ‘I’m sorry.'” While the audience was audibly touched, Bateman quickly deadpanned, “The monkey was destroyed later that night. It was my choice. Lessons have to be learned.”

Bateman was not promoting any current projects, though he is just coming off a big season of TV. He just collected an Emmy nomination for his performance in “The Outsider” on top of two more Emmy nominations for producing and starring in “Ozark.” He is currently in pre-production on a reimagining of “Clue.”