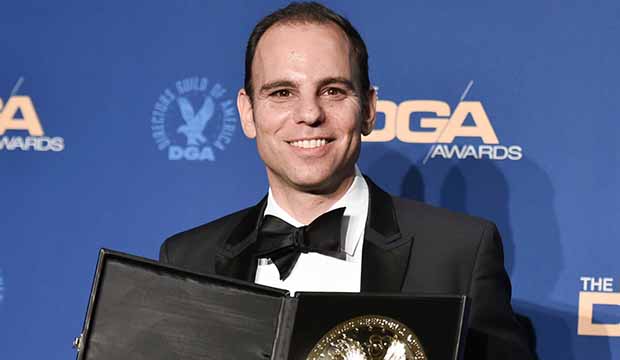 “I don’t think any of us can imagine what our lives will really be like (when we’re in high school),” admits Jason Cohen. Reexamining high school dreams is a major component of Cohen’s new show “Encore!” where he serves as creator, executive producer and director. The reality series from Disney+ reunites high school casts as adults so they can stage the musical they performed as teenagers one last time. Watch the exclusive video interview above.

Cohen, who also created the series, was excited by “this idea of transformation. We all have the chance to grow through our lives.” How would the participants of “Encore!” transform since their high school days? The results vary widely. The show proves that theater holds a special place in teenagers’ memories, and was a chance for a diverse set of students to gather together. The reunited alumni were part of different friend groups and all had different goals in life. The show allows them “to talk honestly about who they are now” says Cohen, and as to whether their goals shifted or stayed the same.

On its surface, “Encore!” might appear to be the kind of bubbly fun you would expect from a Disney series. While nothing is presented in a mean-spirited way, there’s plenty of comedy to be mined from seeing someone who hasn’t sung in a decade attempt to belt out a ballad from “Annie.” As Cohen notes, it’s not a show “about becoming a superstar, it’s about having fun.”

But Cohen is an adept documentary filmmaker (his doc “Facing Fear” was nominated for the Best Documentary Short Oscar in 2014) and isn’t afraid of diving into the heavy emotions that are unearthed during the rehearsal process. “We are trying to tell these people’s stories as honestly as we can,” he says. In one heart wrenching example, a cancer survivor relives the traumatic memories of his teenage cancer battle as he debates whether or not to shave his head to play Daddy Warbucks.

“I don’t think we were expecting the amount of emotion” admits Cohen. But capturing the heightened feelings of the high school alumni is the driving force that makes “Encore!” sing. Some former students discuss their struggles for the first time since high school. Others divulge secrets for the first time ever. Those with dashed Broadway dreams get to live in the spotlight for a moment. Parents get to see their kids faces light up as they belt a showtune. “This was their time to shine again,” Cohen declares proudly.

The producer admits the process of making the show is “rigorous,” for those behind and in front of the camera. And for his efforts, Cohen recently won the Directors Guild Award for the “Annie” episode of “Encore!” The honor surprised Cohen, but he says the win there represents an effort of a massive team. “This show is not easy to pull off,” he explains, “we are shooting a documentary for seven days… at the same time we are putting on a full production of a show. We’re a traveling circus!”