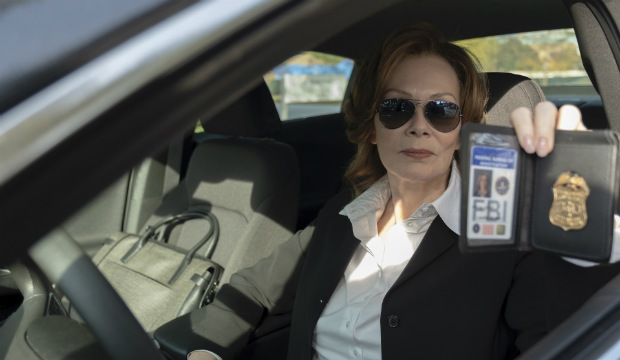 In 2016, Jean Smart was proclaimed the frontrunner to win the Emmy for Best Limited Series/Movie Supporting Actress for her performance in “Fargo.” It did not end up happening, with Regina King winning her first Emmy for “American Crime” instead. Fast-forward to four years later and we once again have Smart emerging as the favorite to win this exact same category for playing Agent Laurie Blake in “Watchmen,” ironically sharing the screen with King in the HBO series. Will she actually win this time around or are we being set up for a case of history repeating?

Smart has the benefit of “Watchmen” being the most nominated program of the year (26 bids), and when you combine that with her record at the Emmys (three wins from eight previous bids), it feels like a winning combination. She has a major showcase in Episode 3 of “Watchmen,” in which we see her investigating the murder of Tulsa’s chief of police, interact with numerous city residents, shoot a white supremacist and have an extensive phone call with the most powerful being in the universe. If voters watched “Watchmen” — and the nomination total reflects that they did — it will be hard to deny her work in that third episode in addition to her scene-stealing wisecracks through the rest of the series.

Yet, Smart’s competition is undeniably stiff this year. All six actresses have won Emmys in the past and have racked up at least four nominations. As of now, the main spoiler for Smart is Toni Collette for “Unbelievable.” For her performance as Detective Grace Rasmussen in the Netflix series, Collette won a Critics’ Choice Award and our very own Gold Derby Award, with additional bids at the Golden Globes and SAG. Emmy voters in the acting branch who were upset to not see nominations for Collette’s costars, Kaitlyn Dever and Merritt Wever, could very well coalesce behind Collette as the only realistic opportunity to manifest a win for “Unbelievable.”

SEE Watch out for ‘Watchmen’ star Jeremy Irons at the Emmys: He almost never loses

Then there’s “Hollywood” standout Holland Taylor and the three women of “Mrs. America”: Uzo Aduba, Margo Martindale and Tracey Ullman. The sheer amount of respect they all have within the TV academy means that none of them can be dismissed as a winner possibility. Aduba in particular could emerge for her portrayal of Shirley Chisholm, the first Black woman to run for a major party nomination for president. This being an election year might just tip the scales in Aduba’s favor.

It is a very tough race this year for Limited Series/Movie Supporting Actress and while the smart money is indeed on Smart, her 2016 loss weighs heavily in the back of this predictor’s mind.