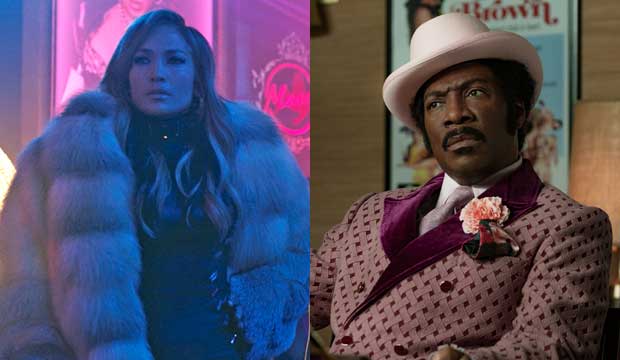 At least Renee Zellweger got the Oscar nomination love she deserved this week for her big-screen comeback as the late-life Judy Garland in “Judy.” But the actress knows all too well that winning that coveted trophy doesn’t always result in a rush of fabulous opportunities, especially for ladies of a certain age.

She was up for Academy Awards three years in a row, starting with her lead performance as a British working-girl singleton  in 2001’s “Bridget Jones’s Diary” and as a ’20s-era murderous wannabe singer and dancer Roxie Hart in the musical “Chicago.” But it was her earthy supporting role as talky, no-nonsense farmer Ruby Thewes in the 2003 Civil War drama “Cold Mountain” that earned her a trophy.

But instead of being more in demand than ever, the size of her roles in films began to dwindle after she played Russell Crowe‘s wife in the 2005 boxing biopic “Cinderella Man.” She then committed the sin of turning 40 and decided to take a hiatus from showbiz. This year, when “Judy” opened, it seemed that her fans were eager to see her again in a demanding role where she was the center of attention.

There were two other acting talents who also hit the comeback trail in a big way. Jennifer Lopez found a perfect role that put her sultry persona and bad-ass attitude to good use as Ramona, the leader of a troupe of New York City strippers who scheme to separate rich Wall Street clients from their cash by drugging them and ripping off their credit cards. When it premiered at the Toronto International Film Festival, the word Oscar was thrown around a lot by reviewers in attendance as well as praise for her pole dancing skills.

Since that time, her supporting role in “Hustlers” has been nominated for an Independent Spirit Award and a Screen Actors Guild (both of which are pending) along with a Golden Globe. But even she doesn’t collect any major trophies this awards season, the lady is already a winner.  The R-rated film took in $157 million worldwide on a $20 million budget — and was her first live-action movie to gross more than $100 million domestically. She will next join fellow songstress Shakira as the halftime entertainment at Super Bowl LIV on February 2. She will also appear in a romantic comedy “Marry Me” later this year opposite Owen Wilson and Sarah Silverman.

As for her fellow comeback artist and Oscar acting snub recipient, Eddie Murphy, he doesn’t have that much to complain about either even if the academy overlooked his comedic acting comeback in the Netflix biopic, “My Name Is Dolemite,” an irreverent look at scrappy blaxploitation filmmaker Rudy Ray Moore. The actor was nominated for a Best Actor Golden Globe as well as a Critics’ Choice Best Actor Award, but made do with graciously accepting the group’s Lifetime Achievement Award.

But no trophy could match the joy that Murphy brought to his December 21st stint as the host of the TV show that launched his career, “Saturday Night Live.” His revival of such characters as Mr. Robinson, Buckwheat, Gumby and Velvet Jones resulted in the highest-scoring and most-viewed episode of the sketch show since May 2017.

Murphy also has at least three movies in production: the sequel to his 1988 comedy hit “Coming 2 America,” “Triplets” and “Beverly Hills Cop 4.” He also is plans to launch a comedy tour and supposedly has a $70 million deal with Netflix to do a bunch of comedy specials.

It appears that Lopez and Murphy’s schedules are packed enough with goodies without having to make a stop at the Dolby Theatre on February 9.