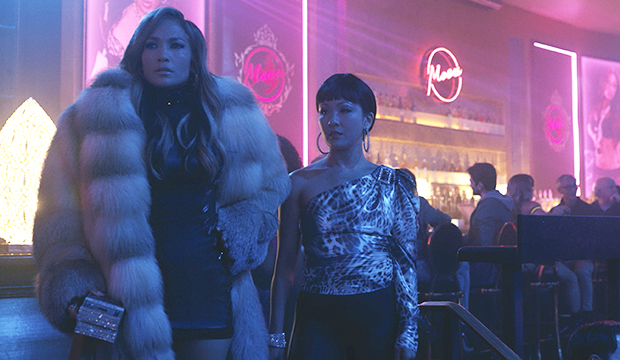 Jennifer Lopez‘s quest to earn her first Oscar nomination hit a speed bump on Tuesday when BAFTA snubbed her supporting performance in “Hustlers.” But don’t give up on the hustle, Team J.Lo, because she’s probably still good for the Oscar shortlist.

While Lopez scored Golden Globe and Screen Actors Guild Award nominations for her acclaimed turn as mother hen/mastermind stripper Ramona — and has been No. 2 behind Laura Dern (“Marriage Story”) all season in our Oscar odds — BAFTA went with Dern, Scarlett Johansson (“Jojo Rabbit”), Florence Pugh (“Little Women”) and double Margot Robbie (“Bombshell” and “Once Upon a Time in Hollywood”) for its Best Supporting Actress lineup. Suffice it to say, the snub is not great — never mind the fact that BAFTA nominated 18 white people in the 20 acting slots (Johansson got a lead bid for “Marriage Story”) — especially for a contender like Lopez, a global superstar who doesn’t exactly have the reverence or resume of your typical “serious” actor and is seeking what is looking to be the lone Oscar nomination for her film, which is also not your usual academy fare.

But the good news about her snub is that she was overlooked for double Robbie and not another person. The Oscars does not allow an actor to be nominated twice in the same category, so the BAFTA slate literally cannot be duplicated on Monday. There is a chance Robbie could vote-split with herself — in which case, that would be even better news for Lopez — but she will likely get a bid for “Bombshell” since she’s already earned Globe and SAG nominations for it.

Dern is a lock, and after missing out on a Globe mention for “Jojo,” Johansson now has SAG and BAFTA bids under her belt, along with one at Critics’ Choice, which has a field of six. Plus, “Jojo” is a strong Best Picture contender, as it’s one of three films, the others being “The Irishman” and “Parasite,” to hit SAG ensemble, Writers Guild, Producers Guild and Directors Guild of America Awards, following Taika Waititi‘s surprise DGA nomination on Tuesday (“Once Upon a Time in Hollywood” was ineligible at WGA because Quentin Tarantino is not a guild member). Besides Critics’ Choice, Pugh has only hit BAFTA, but “Little Women” is peaking at the right time, bringing in the dough at the box office and made PGA after getting blanked by SAG and only getting two bids at the Globes. Pugh, who had a great 2019 with “Midsommar” and “Fighting with My Family,” is also arguably the MVP of Greta Gerwig‘s adaptation, making everyone look at and understand Amy March in a whole different way.

So assuming those four are in and barring a Marina de Tavira-type shocker, Lopez is still the safe choice for the fifth spot because the truth of the matter is that this category is insanely weak and scattershot. There are a bunch of contenders in the running, but no consensus on an “alternative” to Lopez, and their films are just as weak as, if not more than, “Hustlers” in the race. Kathy Bates (“Richard Jewell”) and Annette Bening (“The Report”) received Globe nods, but were AWOL everywhere else, and their films have barely registered in multiple senses of the word. Lopez will likely be a sole nominee for her film, but so would Bates and Bening, and at least Lopez has the critical acclaim, precursor nominations, buzz, a $100 million-grossing movie and some critics’ wins on her ledger.

Zhao Shuzhen would be an inspired Oscar pick, especially for Asian actors, who are historically neglected by the academy, but she’s made no precursors outside of Critics’ Choice and “The Farewell” has been struggling this season. Globe champ Awkwafina, who missed SAG, is far from secure in the Best Actress race either and the film is also in danger of not getting a Best Original Screenplay nomination in favor of a Best Picture contender, like, say, “1917.” Now, yes, De Tavira hit zero precursors as well, but she piggybacked off of a top 2 contender in “Roma,” whose locked director, Alfonso Cuaron, made sure to sing her and Yalitza Aparacio‘s praises in every single speech last year.

SEE My own worst enemy: Margot Robbie is the latest actor to score 2 BAFTA nominations in a single category

Nicole Kidman surprised with a SAG bid for “Bombshell,” but SAG was the only place where the film has over-performed. It likely won’t make Best Picture and doesn’t appear powerful enough to carry two acting bids here when Robbie is very clearly the No. 1 supporting “Bombshell” pick (though, to be fair, supporting actress is the acting category that is the kindest to double nominees).

And then there is a big Best Picture player like “Parasite,” which boasts a pitch-perfect ensemble, but, again, there’s no agreement around any one of the actresses. None of the individual stars have received a precursor nomination, and Neon is putting all its weight behind a supporting actor campaign for Song Kang Ho, who’s won a few critics’ awards, including Los Angeles, just like Lopez.

Tl;dr: So many contenders, so little consensus. J.Lo could still be snubbed, of course, but the way this race has unfolded ought to work out for her in the end. And lest we forget, BAFTA didn’t even nominate the eventual Best Supporting Actress Oscar winner last year.