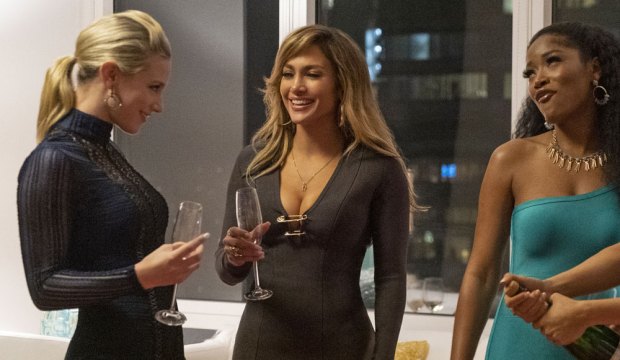 Jennifer Lopez didn’t get the Oscar nom most of us thought she would get for her role in “Hustlers,” but that doesn’t mean her awards season is over. She’s nominated for an Independent Spirit Award for her supporting role as a stripper who bilks wealthy Wall Street types after the 2008 financial crisis. And we think she’s going to win.

The Independent Spirit Awards honor the best in low-budget filmmaking and they usually include a mix of under-the-radar fare and high-profile Oscar contenders. This year, though, there is only one Oscar-nominated actor in contention in any category: Best Actress nominee Renee Zellweger (“Judy”). That means Best Supporting Actress contender Lopez doesn’t have to worry about Laura Dern (“Marriage Story”), who overtook her at the Golden Globe, Critics’ Choice and SAG Awards.

“Marriage Story” was recognized by the Spirit Awards too — it’s the front-runner to win Best Feature, in fact — but instead of nominating the actors individually, Film Independent decided to give it the honorary Robert Altman Award for its ensemble cast. That’s great news for Lopez. Since anyone can vote for the Spirit Awards as long as they pay yearly dues of $95, the winners tend to be the most widely seen Oscar contenders in each category. Without Dern in the running, that’s Lopez.

Lopez’s closest threat appears to be Zhao Shuzhen (“The Farewell“), who was also snubbed by the Oscars despite earning a nomination from the Critics’ Choice Awards. She ranks a close second with 18/5 odds with support from four Experts: Erik Davis (Fandango), Susan King (Gold Derby), Jack Mathews (Gold Derby) and Keith Simanton (IMDb).

Rounding out the category are Gotham Award winner Taylor Russell (“Waves“), Octavia Spencer (“Luce”) and Lauren “Lolo” Spencer (“Give Me Liberty”). Do you agree with our consensus that Lopez will hold them off? Or was her Oscar snub a bad omen for her here?