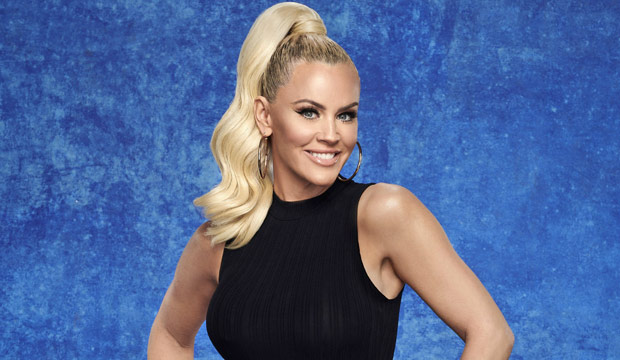 For weeks now Robin Thicke has led his fellow “The Masked Singer” judges in terms of the most correct guesses for Season 3. But with Jenny McCarthy‘s out-of-nowhere prediction of Jordyn Woods as the Kangaroo in Wednesday’s 11th episode, these two judges are now tied at four apiece. To compare, Nicole Scherzinger is just behind them with three correct picks, while Ken Jeong is still the only panelist to guess incorrectly each and every week in Season 3. We’re tracking the judges’ scores all season long, so scroll down to see the updated tallies.

Following last week’s Super 9 show, the remaining masked singers have once again been split up into groups. The April 8 episode welcomed back Kangaroo, Turtle, Astronaut and Night Angel, while the upcoming April 22 edition will re-introduce Banana, Frog, Kitty and Rhino.

Kanagroo lost her face-off against Night Angel, and then lost the smackdown against Astronaut, so she was forced to unmask in front of America. “Jenny is good,” Jordyn Woods said in her exit interview with host Nick Cannon. “I was shook! You guys were really off every week, but this time you got it.”

For the record, Ken’s final guess was “So You Think You Can Dance” host Cat Deeley, Robin went with La La Anthony, Nicole chose Blac Chyna, and guest judge Yvette Nicole Brown thought it was Ayesha Curry. Jenny ultimately picked Jordyn Woods because of all of the clues, which included a record player, red lipstick, Big Ben, a model ship and the fact that she’d never sung publicly before.

Here’s our running tally of the judges’ correct guesses in Season 3: